France has close strategic ties with India, is a permanent member of the UN Security Council (UNSC) and is also a member of the European Union (EU). 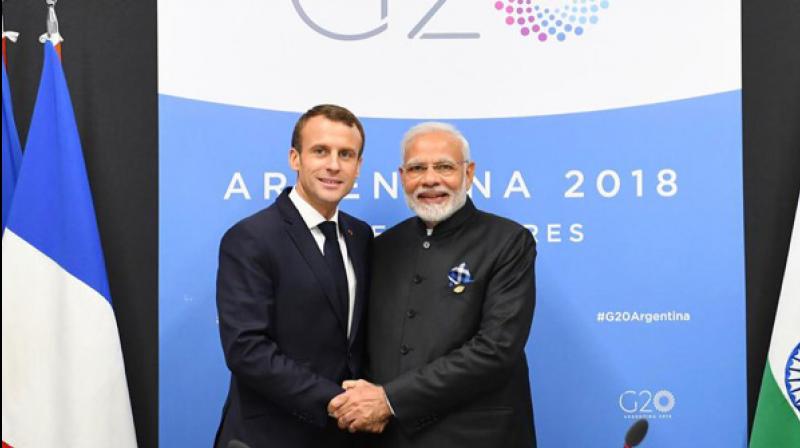 “In the spirit of trust and frankness that characterises their relations, the French President and the Indian Prime Minister discussed the situation in the region of Kashmir, which France continues to follow closely,” France said. The statement was released by the French Embassy in New Delhi on Monday although it was issued from Paris last Friday. France also said the two leaders had discussed the need for de-escalation in the middle-east, a reference to the US-Iran military tensions.

Interestingly, the statement on the phone call that was issued by New Delhi last Friday had made no direct reference to the two leaders discussing Kashmir. New Delhi had only said “that the two leaders exchanged views on a range of issues of mutual interest in bilateral relations as well as regional and global situations”.

France has close strategic ties with India, is a permanent member of the UN Security Council (UNSC) and is also a member of the European Union (EU).

It may be recalled that the absence of the Ambassadors belonging to member-nations of the European Union (EU) from the foreign envoys’ delegation that visited J&K last Thursday and Friday had raised eyebrows. In response to certain media reports that claimed that the EU envoys did not want to be part of a “guided tour”, the ministry of external affairs (MEA) had said last Thursday this was factually incorrect. The MEA had said the EU envoys wanted to visit J&K as a single group and that it wanted the group visiting on Thursday to include envoys from several regions in the world. It had indicated that the EU envoys could be taken separately as a single group to J&K at a later date.

In a statement issued from Paris, France said, “The President of the French Republic held a telephone conversation on Friday, 10th January with the Prime Minister of India, Mr Narendra Modi. The President of the French Republic and the Prime Minister of India expressed their shared view on the necessity of de-escalation in the Middle East. They agreed to work together towards easing tensions by urging the parties to show restraint and responsibility.” “They reiterated their attachment to the full implementation of the goals defined during Prime Minister Modi’s visit to Chantilly on 22nd August 2019 and India’s participation in the Biarritz G7 Summit. They agreed on the interest in intensifying ministerial visits in both countries.”

New Delhi had meanwhile said the two leaders “agreed on keeping in touch and further enhancing all-round strategic cooperation between the two countries, including in the areas of defence, civil nuclear energy and maritime security.”