The woman's husband, however, has said he divorced her over her extramarital affair. 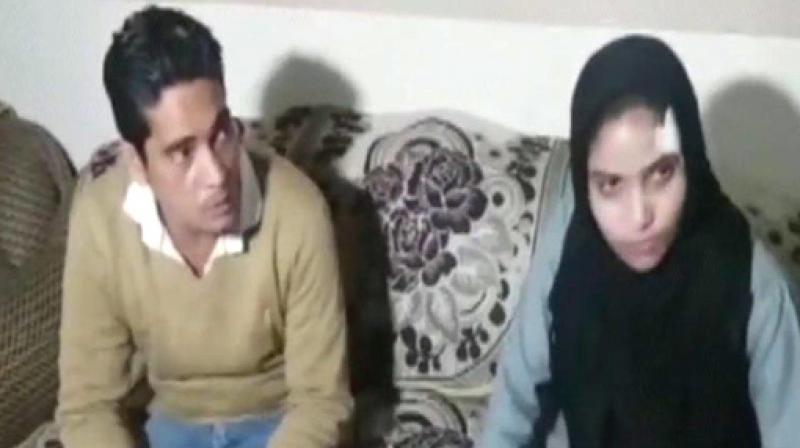 'She always wore jeans and things like that, I don't want to keep my wife with me; this has nothing with to do with Modi ji's rally,' said Danish, the husband. (Photo: ANI)

Bareilly: A woman from Uttar Pradesh's Bareilly has alleged that her husband gave her triple talaq because she attended a 'Dhanyavad Rally', a rally thanking Prime Minister Narendra Modi over his government's plan to bring in legislation to ban instant triple talaq.

Her husband, however, has said he divorced her over her extramarital affair.

"My husband had an affair with his aunt and even had a son with her. He kept telling me he'll give me a divorce. When I came back from the rally he said the Prime Minister can't do anything to harm him and gave me triple talaq. He had beaten me and my child and threw us out of the house," said Fayra, the victim.

"I didn't give her triple talaq. She had an extramarital affair, so I divorced her. Her uncle keeps threatening me. She always wore jeans and things like that. I don't want to keep my wife with me. This has nothing with to do with Modi ji's rally", said Danish, the husband.

The couple reportedly had a love marriage in April 2016.

The rally was organised by Farhat Naqvi, sister of Union Minister Mukhtar Abbas Naqvi, who is a social activist and runs an NGO.