The complaint states that Rashid is deliberately and intentionally spreading 'fake news' with intention to 'incite violence in country'. 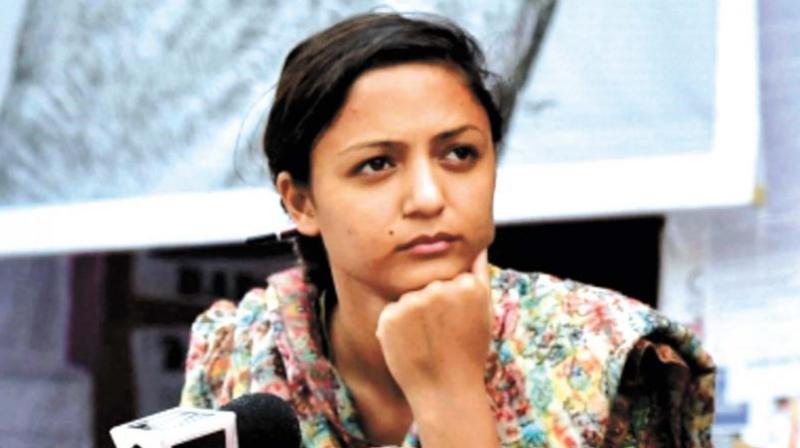 Patiala House Court on Monday granted interim protection from arrest to activist Shehla Rashid in connection with a recent FIR lodged against her under sedition charges. (Photo: File)

New Delhi: Patiala House Court on Monday granted interim protection from arrest to activist Shehla Rashid in connection with a recent FIR lodged against her under sedition charges.

The FIR was lodged by Delhi Police on a complaint filed by Supreme Court lawyer Alakh Alok Srivastava who sought her arrest for allegedly spreading fake news on Twitter against the Army and Government of India regarding the situation in Jammu and Kashmir in wake of revocation of Article 370.

Considering all the facts, court's additional session judge Pawan Kumar Jain granted interim relief from arrest to her as police have not issued a notice to the accused. However, Rashid has maintained that she is ready to join the investigation.

The public prosecutor of the court also submitted that police have not received any complaint from the Army and need at least six week time to investigate the complaint.

Hearing on the matter is scheduled for November 5.

"Her tweets are completely false. She didn't give any evidence and named anyone... At that time, international media had quoted her tweets which had impacted India's image. I am satisfied that Delhi Police has registered this case. They will soon arrest her because the charges included in the FIR are serious," Alakh Alok Srivastav, the lawyer, had told media here.

The complaint states that Rashid is deliberately and intentionally spreading the aforesaid 'fake news' with the intention to 'incite violence in the country'.

It says that she is doing so to "malign the image of our revered Indian Army nationally as well as internationally."

It further mentions that Rashid is trying to create unrest in Jammu and Kashmir and trying to promote disharmony, enmity, hatred and ill-will between different groups.

In a series of tweets, Rashid had said, "People are saying that Jammu and Kashmir Police has no authority on law and order situation. They have been rendered powerless. Everything is in the hands of paramilitary forces. One SHO was transferred on complaint of a CRPF man. SHOs carrying batons. Service revolvers can't be seen on them."

The Army had rejected Rashid's allegations regarding situation in Jammu and Kashmir and termed them "baseless".