Nida Khan was married to Usman Raza Khan of Dargah-e-Ala Hazrat family in 2015 but was divorced in 2016. 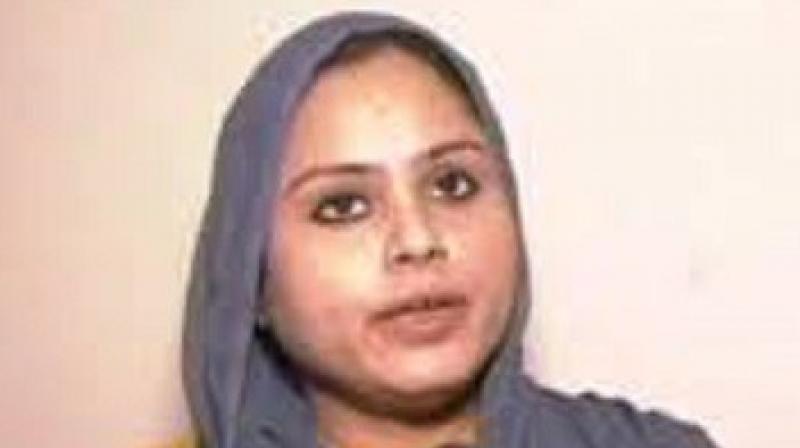 Lucknow: Nida Khan, a triple talaq victim who was ex-communicated from Islam after she approached the Supreme Court to challenge the instant divorce and “halala” practice, now faces social boycott by her community.

Her father Mussaratyar Khan was prevented from offering namaaz at the Dargah Shahdana Wali mosque in Bareilly on Friday.

Her mother Yasmin was also turned away by the mob from visiting the shrine.

Nida Khan told reporters that she went to the Dargah with her security personnel and escorted out her parents safely.

The “mutawalli” (caretaker) of the mosque , Abdul Wajid Khan Babbu, was called to the Baradari police station on Friday night and after intervention of senior officers, he assured that the incident would not be repeated.

He later told reporters that some people had asked the mosque imam whether it was proper for them to offer prayers with those who had been ex-communicated from Islam.

“The Imam Shujat Khan said that such persons should not be allowed to offer prayers with the community and it was because of this that the people prevented Mussaratyar Khan from joining the Friday prayers”, he said.

Nida Khan said that she and her family were being repeatedly harassed and intimidated by her in-laws who had considerable clout in the community.

Nida Khan had grabbed headlines in July when she approached the Supreme Court and challenged the triple talaq given by her husband. The apex court declared that the divorce was invalid.

Nida Khan also alleged that under the Islamic practice of ‘Halala’, she was forced to sleep, consummate marriage with her father-in-law and brother-in-law, so that her husband could marry her again.

Nida Khan was married to Usman Raza Khan of Dargah-e-Ala Hazrat family in 2015 but was divorced in 2016.