'If Karunanidhi was given a good treatment, MK Stalin would not become the president of DMK,' Palaniswami said. 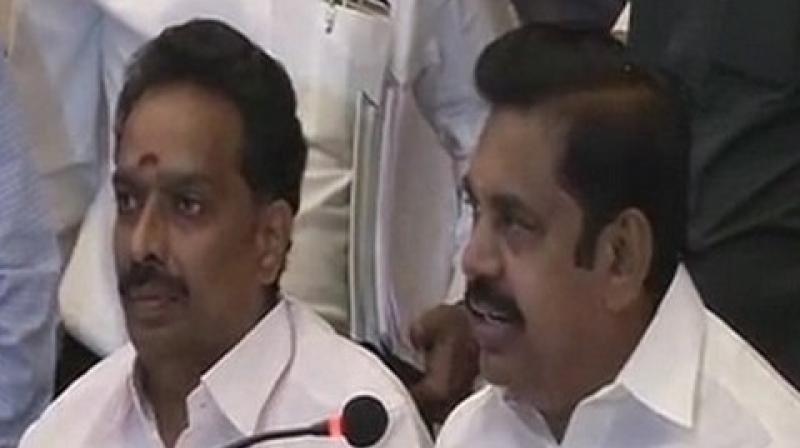 'Stalin purposefully, with selfish motives, didn't take him for better treatment. In order to become the DMK president, Stalin has made his father a house prisoner.' Palaniswami said. (Photo: ANI)

Chennai: Chief Minister Edappadi K Palaniswami on Monday announced that his government is ready to probe the death of former DMK chief M Karunanidhi while accusing his son MK Stalin of keeping him under house arrest for two years.

“Tamil Nadu government will probe M Karunanidhi’s death. I got the information from senior most DMK leaders, DMK officials, and a complaint that Karunanidhi was unable to speak for two years. Why he was unable to speak? If he were given good treatment, MK Stalin would not become the president of DMK. That's why he was kept as a prisoner for two years at home by MK Stalin,” he said.

“Stalin purposefully, with selfish motives, didn't take him for better treatment. In order to become the DMK president, Stalin has made his father a house prisoner. But as long as he was under house arrest, Karunanidhi didn't announce that Stalin is the president of the party,” added Palaniswami.