Saffron strategists are against Shah appearing as a defence witness. 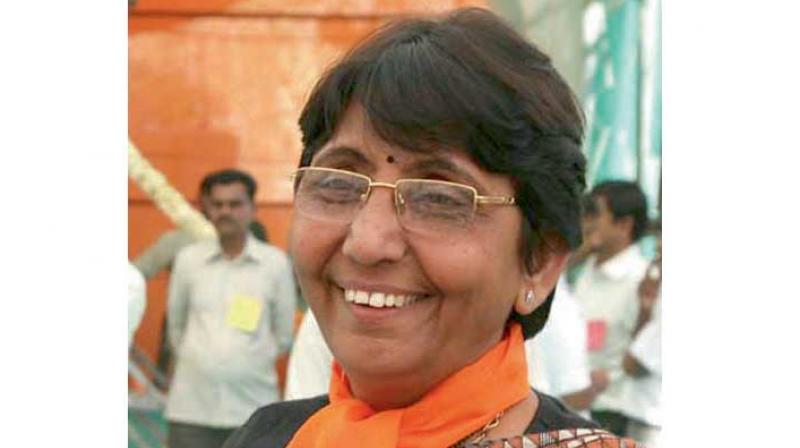 New Delhi: The BJP’s spin doctors are in a dilemma over the Gujarat special SIT court summons for BJP chief Amit Shah to appear as a defence witness for Maya Kodnani, former BJP leader and minister convicted of organising the biggest massacre in the 2002 Gujarat riots.

While the court has given Kodnani till Friday to get Mr Shah to testify in her favour, she told the media in Gujarat that she “cannot reach” the BJP president.

Saffron strategists are against Mr Shah “getting involved” in the issue. They feel that Mr Shah appearing as a witness in favour of Kodnani could give rise to a “major controversy” and there’s a possibility of the ghost of the 2002 riots returning to haunt the party before the crucial Assembly polls.

The issue of Gujarat communal carnage, they say, has “died down” and “must not be touched”.

In 2012, Maya Kodnani was convicted of murder and sentenced to 28 years in prison for her role in the riots in Naroda Patiya, a suburb of Ahmedabad, where 100 Muslims were killed. She has also been accused of murder in the riots that took place on the same day, February 28, 2002, next door in Naroda Gram, where 11 Muslims were killed. It is in this case that she wants Mr Shah to testify on her behalf.

While Mr Shah’s testimony is apparently crucial for Kodnani, BJP strategists say that the party chief’s involvement in the issue before the Gujarat Assembly polls “would not send the right signal”.

The party believes that the top court’s order banning triple talaq has gone in its favour and it is all set to get the support of Muslim women. “The advantage we gained on the triple talaq issue might be dented if we get involved in Gujarat riot cases,” a senior party functionary said.

The summons come at a time when the BJP chief has asked the party to work towards achieving the target of winning 150 of the total 182 seats in Gujarat.

Gujarat’s Patidar quota leader Hardik Patel, who had hinted at joining hands with the Congress, recently raised the issue of Maya Kodnani. Speaking to the media, he had asked, “We are proud Hindus. But today 144 Patidars are in jail... Why does Maya Kodnani get bail, but not Babu Bajrangi? Is it because he is a Patidar?”

Though the BJP seems confident of returning to power in the state, the possible alliance between Hardik Patel and the Congress has made the party somewhat “cautious” and it is trying to rework its strategies, sources said.