Son and I want to survive: UP Muslim woman after receiving talaq via SMS

The victim was allegedly being harassed by her in-laws as they were demanding a vehicle from her as dowry. 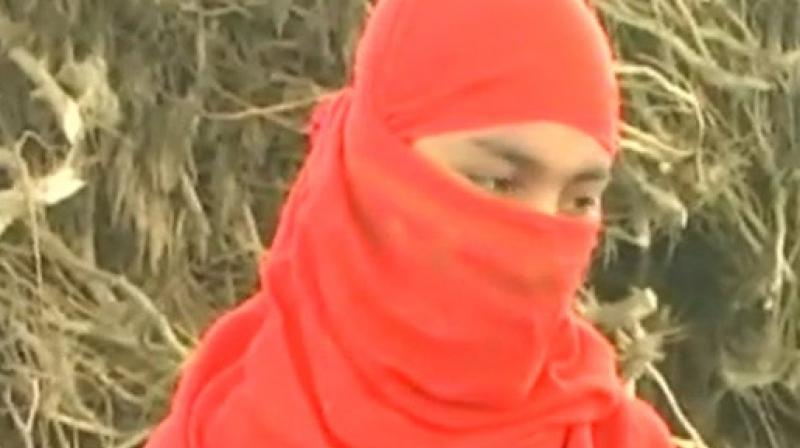 The victim's father said he would file a complaint in this regard and seek justice to be served to his daughter. (Photo: ANI)

Sultanpur (Uttar Pradesh): A man from Uttar Pradesh's Nandauli, working in Saudi Arabia, allegedly gave triple talaq to his wife through an SMS.

The victim was allegedly being harassed by her in-laws as they were demanding a vehicle from her as dowry.

"My in-laws used to harass me. They were demanding a vehicle. My husband ill-treated me as well. I received a message from him on phone, where he gave me divorce. I have a son and I want to survive," the victim said.

However, the victim's father said he would file a complaint in this regard and seek justice to be served to his daughter.

"Things were fine for two years. Then they started harassing her. Her in-laws threw her out of the house. Then one day, her husband gave her divorce through an SMS. We haven't informed the police, but soon will," victim's father said.

While the Supreme Court and the Centre have called for the scrapping of the triple talaq, terming it "illegal and unconstitutional", some Muslim women are still facing the brunt of this age-old practice.

Meanwhile, the Muslim Women (Protection of Rights on Marriage) Bill 2017 has been passed by the Lok Sabha and was tabled recently in the Rajya Sabha.

The bill was passed in the Lok Sabha with most of the leading parties in the Opposition, including the Congress, voting in favour, but with caveats as the apex court had directed the Centre to bring an anti-triple talaq legislation.

The bill, if enacted, will make triple talaq a criminal offence. It proposes a three-year jail term for a Muslim man who divorces his wife in any form of spoken, written or by electronic means such as email, SMS, and WhatsApp.