This move comes after a massive security build-up and an advisory asking tourists and pilgrims to leave the state. 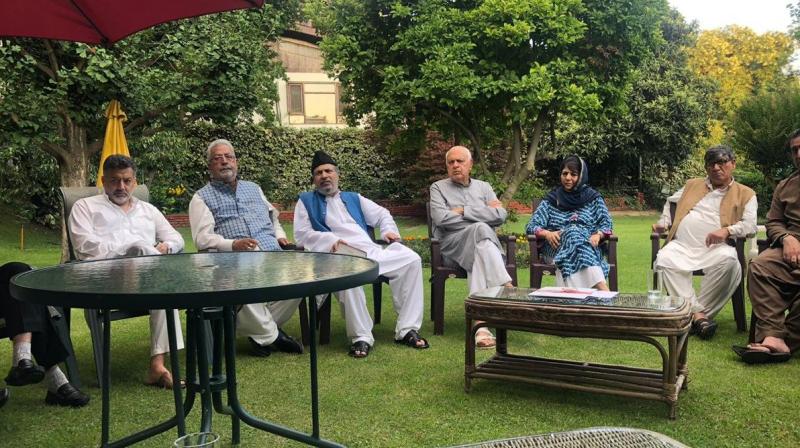 Srinagar: Jammu and Kashmir’s three prominent leaders Mehbooba Mufti, Omar Abdullah and Sajad Lone were placed under house arrest on late Sunday night as restrictions were imposed in Sringar. The mobile internet has been blocked in all districts of the state.

This move comes after a massive security build-up and an advisory asking tourists and pilgrims to leave the state, citing security threats from terrorists backed by the Pakistan Army.

Authorities have imposed restrictions under Section 144 of the Criminal Procedure Code, which bars the assembly of more than four persons, from midnight in Srinagar.

They would remain in place till further orders, they said.

The government statement stated: “As per the order, there shall be no movement of public and all educational institutions shall also remain closed. There will be a complete bar on holding any kind of public meetings or rallies during the period of operation of this order. Identity cards of essential services officials will be treated as movement passes wherever required. However, there is no curfew in place as reported in a section of media.”

Officials said National Conference (NC) leader Omar Abdullah and Peoples Democratic Party (PDP)’s Mehbooba Mufti would not be allowed to move out of their houses in view of strict security measures.

Taking to Twitter, Omar Abdullah said: “I believe I’m being placed under house arrest from midnight tonight & the process has already started for other mainstream leaders. No way of knowing if this is true but if it is then I’ll see all of you on the other side of whatever is in store. Allah save us.” He also appealed to the people in the Valley to stay calm.

Mufti tweeted: “In such difficult times, I’d like to assure our people that come what may, we are in this together and will fight it out. Nothing should break our resolve to strive for what’s rightfully ours.”

Earlier on Sunday, leaders of political parties who met in Srinagar decided to meet the President, Prime Minister and other leaders, resolving to protect and defend the identity, autonomy and special status of Jammu and Kashmir.