One year after his death, Stalin vindicated himself by winning 37 out of 38 parliamentary seats in Tamil Nadu. 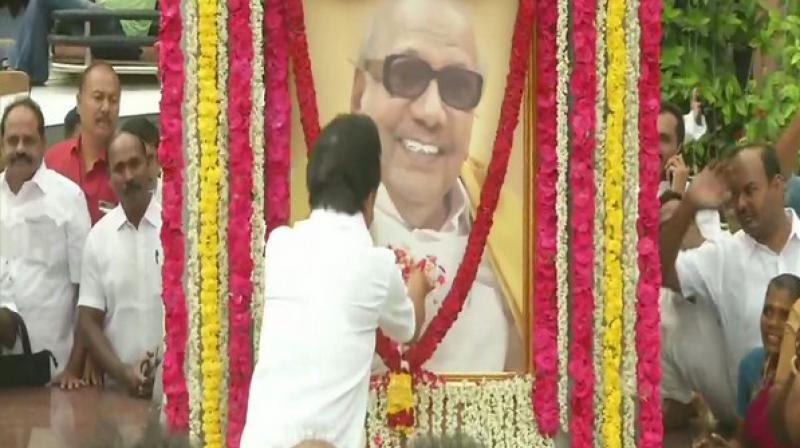 Stalin, along with his party cadres, showered the colossal photo of the demised leader with flowers. (Photo: ANI)

Stalin, along with his party cadres, showered the colossal photo of the demised leader with flowers.

One year after his death, Stalin vindicated himself by winning 37 out of 38 parliamentary seats in Tamil Nadu.

The 66-year-old leader singlehandedly toured the state and led the election campaign with tailor-made programmes to interact with people at grassroots.

The AIADMK, which partnered the BJP for the general elections, has managed to win just one Lok Sabha and won nine seats in the by-polls.