Despite the enormous content choice on OTT channels, DD seems to have taken many Indians back to their erstwhile classics 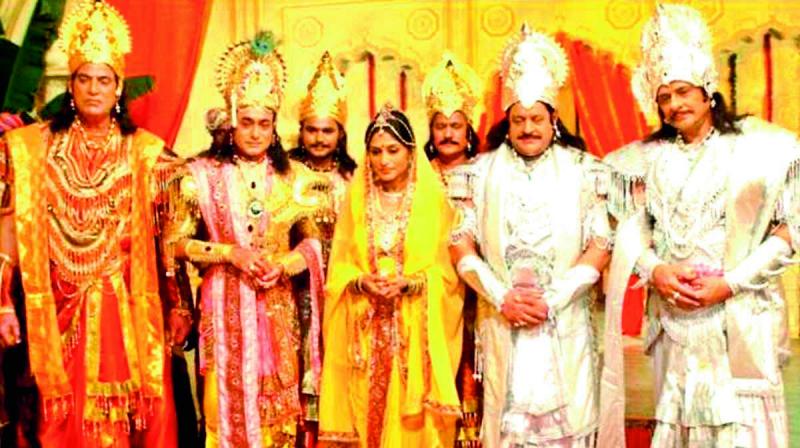 Netflix, Amazon and Hotstar are still the hotspots of movies and series, easing it out in some way for people especially during these lockdown times.

But guess what else is capturing audience attention on the TV during this lockdown? The classics. Doordarshan (DD) has started re-telecasting Ramayana and Shaktiman, the favourite classics of the ’90s kids. Some of our readers in the city share their views on having these shows back on, most of whom seemed to be nostalgic about these series that dominated the airwaves back in the late 1980s and early 1990s.

Kuchipudi exponent Yamini Reddy thinks it is nice to see the above series on DD again. “It also reminds us of how far we have come in terms of television technology,” Yamini adds, and then notes, “Also,  everything was so much detailed back then. The script, the dialogues, acting everything was deeper and more profound.”

Vishala Reddy Vuyyala, founder director of Identcity, believes that these reruns especially allow families and parents to share their childhood memories-about how much fun having even one channel to watch on TV was when they were growing up.

“Ramayana and Shaktiman were nothing but storytimes for us back then. I think this has transformed into an opportunity for families to discuss simplicity and minimalistic lives and value what we have,” she says.

“So also, how many ever modern and contemporary content options we have, there is nothing like going back to the classics that take us back to our childhood. Some of those classics such as Ramayana and Mahabharata were deep rooted in our values and culture. So also, it is a great experience that not only the ’90’s kids (who are now in their 30s) but also their kids get to watch this.”

DD has also started airing other series that were popular back then, such as Mahabharata, Chanakya, Dekh Bhai Dekh, Shriman Shrimati and Krishna Kali.

Sameer Nanda, a graduate from the EFL University, thinks that family reunion and poor Internet strength is also adding to the shift in interest to the above TV reruns.

“While I only remember Shaktiman, my parents are thrilled about having Ramayan back on TV because they grew up watching this series. But I am now waiting for other of my favourites such as Shakalaka Boom Boom, Haatim, and Vikral aur Gabral to get aired too," says Sameer.

BTech graduate Praveen Mohanpuriya sees the reruns on the tele during the lockdown as his chance to acquaint himself with the epics.

“While my childhood was all about seeing fights on the television, now it is about understanding moralities. The reruns during the lockdown havebrought back my childhood and I ensure I don’t miss a chance to experience that. So I organise the time slots for others in the household to watch their favourite series such that I can watch mine when it is on DD,” he says.

For Vishala Reddy, in the age of Netflix, DD seems to be leveraging nostalgia. “Be it Amazon Prime or Netflix, some of the shows and movies you can’t watch with kids because of the amount of adult content in them. I think DD is one of the only channels that promotes family content despite not being able to make money,” she adds.