One of All India Radio’s primary tasks was to broadcast classical music and provide jobs to artists. 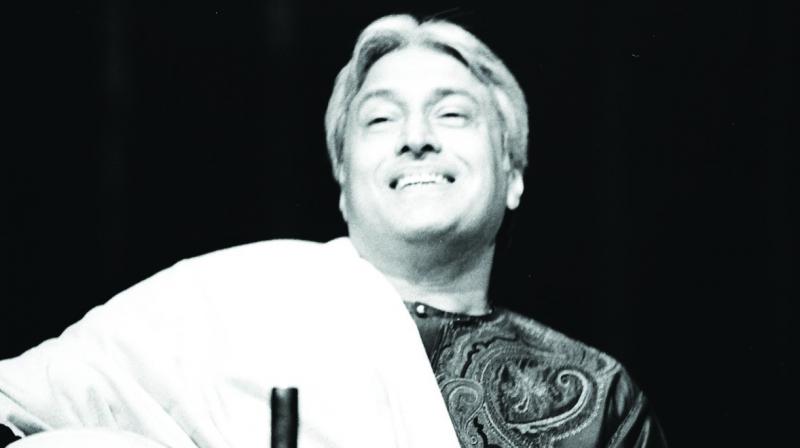 The classical arts have always needed patrons, as, not being populist in nature they need to be sustained financially. On an average a good concert artist practices for a minimum of six hours every day, for a minimum of 15 years, mastering ragas, taal (rhythm) and presentation skills. There are no guaranteeof being able to sustain oneself financially with this hard acquired knowledge. Musicians generally delve into classical music because of pure passion, or because of a sense of duty to one’s heritage, in the case of musicians who belong to a tradition.

In the case of the average musician who does not belong to a music family, even the acquisition of knowledge through a correct guru is hard, and only if one is lucky enough to be accepted. In another era, Ustad Allaudin Khan, founder of the Senia Maihar gharana had to wait five years working in a domestic capacity in the house of his guru Ustad Wazir Khan before he was accepted as a student — this when he was already a trained, very fine sarodiya!

The universities and other institutions that teach the grammar of music do not succeed in creating a concert playing artist; the knowledge the degrees impart is inadequate. The very nature of our music makes it mandatory to be taught on a one to one basis, with physical demonstration of how to use a note, how to make laya a part of your being.

Pt Ulhas Kashalkar, one of the finest vocalists today acquired degrees in music, but it was only when he found a guru that his acquisition of musical knowledge flowered. There are so many instances.

However, merely finding a guru is not enough. One then needs a platform on which to present one’s art, and then later teach it to others thus keeping the silsila (chain) alive. This is where patronage is a must.

In earlier times, it was the princes who realised their duty, and whether they loved the arts personally or not, they made sure their court had the finest musicians who were kept, housed and given huge respect. Every state that had prided in itself had court musicians; Baroda had Ustad Fayyaz Khan, doyen of the Agra gharana, who was referred to as Fayyaz Khan, Barodewale. Even a relatively tiny state like Nahan had Ustad Zinda Hassan (Ustad Vilayat Khan’s maternal grandfather). The gharana of the artist came to be referred to by the state in which he resided — thus Ustad Bade Ghulam Ali Khan, though from Kasur, Punjab came to belong to the Patiala gharana, Ustad Inayat Khan, from Etawah, Uttar Pradesh, was associated with Gauripur (now in Bangladesh), and so many more.

Not only princes, aristocratic families too maintained musicians. Ustad Mohammed Ameer Khan of the Shahjahanpur gharana was in Rajshahi, and later mentored his patron’s son, who became the legendary Pt Radhika Mohan Maitra.

All this ceased in 1947. State governments set up zonal centres to promote culture, but these, generally speaking are mere offices run by bureaucrats who rarely have the expertise or vision required to disburse the funds they get annually to promote the arts.  Some states like Rajasthan, Madhya Pradesh and Goa have later set up additional bodies which are more dynamic, like the Jawahar Kala Kendra in Jaipur or the Ustad Allaudin Khan Sangeet Evam Kala Akademy in Bhopal or the Goa Kala Academy which are all doing admirable work.

The Centre for its part set up bodies like the Sangeet Natak Akademi with its various branch offices to archive and preserve recordings of the masters, facilitate grants to worthy students, promote artists through concerts and much more. Today SNA does not have the funds to digitise their rare recordings done from 1956 onwards; only around 500 hours out of 12,000 are digitised. This is indeed tragic.

The SNA and Padma awards were meant to encourage artists; today there is open talk of nepotism and bias in the selection of artists being given awards. Artists like Shashank Subramanyam went on record talking of regional discrimination; South India and West Bengal have very few awardees, there are even allegations of discrimination against certain instruments, with very few percussion awardees! Pt Budhadev Dasgupta had to return the Padmashri a few years ago as it was not commensurate with his stature; the following year he was awarded the Padma Bhushan! This year veteran surbahar and sitar player Ustad Imrat Khan was awarded the Padmashri, which he refused to accept.

One of All India Radio’s primary tasks was to broadcast classical music and provide jobs to artists. Ustad Amjad Ali Khan has said: “It was a matter of honour for any musician to be broadcast on AIR. Musicians affiliated with AIR would take pride in writing ‘All India Radio Artist’ on their nameplates outside their residences.”

It was the next big thing for musicians after the end of royal patronage post the abolition of the princely states in 1947. The stature of being an AIR artist today is of scarce consequence, and the rare music archives of AIR are not accessible. Ex-CEO Jawahar Sircar is on record saying many old spool tapes with invaluable recordings were recorded over when tapes ran short!

The ICCR (Indian Council Cultural Relations) acts as a part-time employer for artists with its numerous delegations abroad and promotional Festivals of India, specially from 1980 onwards. Later still, IGNCA (Indira Gandhi National Centre for the Arts) is doing its bit to promote the arts. Government-owned broadcaster Prasar Bharti has set up a dedicated channel DD Bharti to promote the arts 24/7. Ragam, a new online radio channel of classical music was inaugurated recently.

However, all this falls woefully short of what is required. Many offspring of celebrated artists have preferred to make their careers outside of being concert musicians — be it Kesar Bai, Ustad Amir Khan, Pt Jasraj, or more recently, Ustad Shujaat Khan, seventh generation descendent of the Imdadkhani gharana.

But the point is, once upon a time there were never any exceptions; an artist always had several members of his family dedicated to the line, in addition to outside disciples, and thus the music lived on. Today that is no longer the case. Financially, a career in classical music is dicey. Concerts are hard to come by. Patronage becomes a necessity if the tradition is to remain a viable option financially.