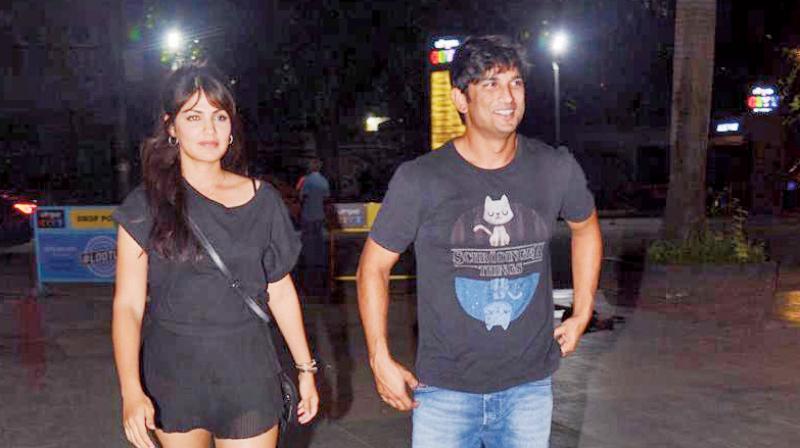 Mumbai: A day after seeking probe details in Sushant Singh Rajput suicide from Mumbai police, the Bihar police recorded statement of actress Rhea Chakraborty. The police are probing the cheating and abetment to suicide angles apart from business ties of Rajput with her family leading to his suicide.

The Bihar police is probing the case filed with them, the only criminal case in connection with the suicide, based on the allegations by his father. The police are looking into the alleged swindling of funds by Chakraborty, to the tune of `17 crore, from Rajput’s account and allegedly cheating him. The deceased actor’s father has also alleged that her family had business relations with Rajput and the latter was meted out to severe harassment by Chakraborty herself.

The four member team of Bihar police questioned her in this regard on Wednesday and sources stated that they may also record the statement of Rajput’s former girlfriend Ankita Lokhande to ascertain if she was in the know of what Rajput was going through.

“We have recorded the statement of Rhea Chakraborty and investigation is underway,” said an officer of Bihar police, while speaking to the media.

Amidst growing demand for the investigation to be shifted to the Central Bureau of Investigation (CBI), the state home minister Anil Deshmukh reiterated that Mumbai police is capable of investigating the incident and that the probe will not be transferred to any other agency.

Chakraborty has meanwhile approached the Supreme Court and her legal counsel Satish Maneshinde has sought for transfer of the case’s probe from Bihar police to Mumbai police. The application to the apex court also sought for a pause on probe by the Bihar police.