For the love of god

What’s interesting about the filmwas the idea of tolerance, says Fernando Meirelles. 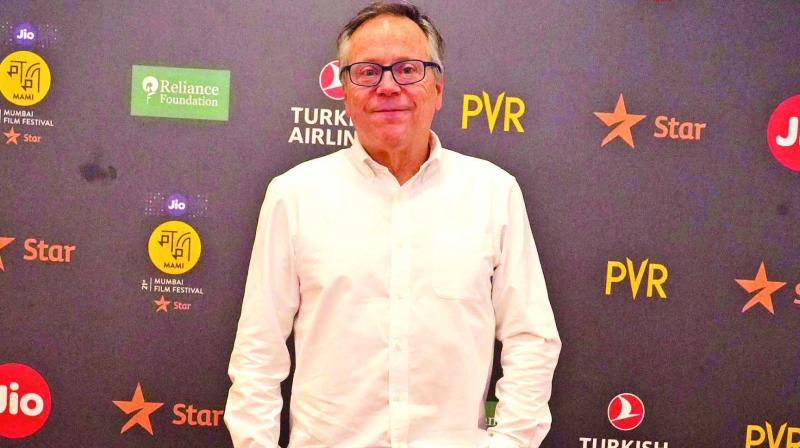 Oscar-nominated director Fernando Meirelles, who was awarded Excellence in Cinema at MAMI film festival this year, talks about his latest film, working with Anthony Hopkins and why climate change is his biggest concern.

The Brazilian director Fernando Meirelles is best remembered for his 2002 Oscar-nominated seminal work, City Of God. While the coming-of-age gangster drama from the nooks of favelas in Rio de Janeiro certainly placed Meirelles in the international big league of filmmakers, it was his recent offing – The Two Popes – that brought the movie director to the island city.

Starring veteran actors Sir Anthony Hopkins and Jonathan Pryce, The Two Popes, on the surface, is a story of the surprise shift of the papacy from Pope Benedict XVI (Hopkins) to Pope Francis (Pryce). Based on the aftermath of the Vatican leaks scandal that exposed alleged corruption and sex abuse among the Catholic clergy, the frustrated Cardinal Jorge Bergoglio requests to retire from Pope Benedict XVI, but instead finds himself invited beyond the high walls of the Vatican, where the two confront each other’s ways, likes and dislikes, and pasts to lay down a foundation for the future of the Catholic church.

From a face-off drama, Meirelles builds upon the archetype of enemies-turned-brothers, to humanise the politics in the imagined meetings between the two ideologues in this entertaining comedy-drama. “What’s really interesting about the film, or what’s engaging for me was the idea of tolerance. And so the film is not only for Catholics, but it really is a universal film. I really like the idea of two opponents who disagrees with the other, but they find common ground. That’s what I really liked about the film. I think the world really needs these kinds of messages,” says Meirelles after the screening of the film at the Jio MAMI Mumbai Film Festival with Star.

Even though Meirelles, self admittedly, is not that invested into Catholicism, he was drawn to the humble personality of Pope Francis, which acted as an impetus for him to take up the project. “I was not involved with the religious aspect, but I was interested in his politics.

He fights this idea of nationalism, which is the new wave in the world, and sees the world as one unit,” adds the director who was awarded the Excellency in Cinema Award at the ongoing film festival. 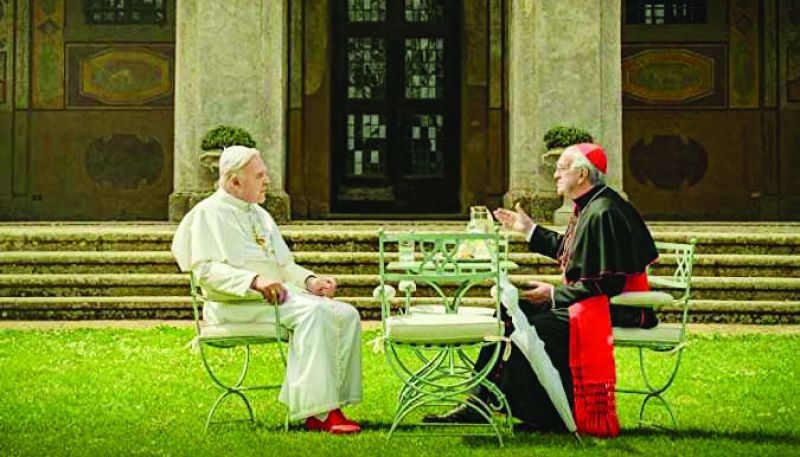 While the subject itself draws one towards the movies, it’s the acting duel performed by choir dress donning Hopkins and Pryce that makes the movie a must-watch. For the Oscar-nominated director, working with Hopkins and Pryce was like seeing a classical musician and a Jazz musician play, respectively.

“Tony was sent the script in September 2017, we were going to shoot at the end of the February, and in October he said: ‘Okay I am going to start preparing for the film, please don’t change a single thing in the script’. Now, this is very difficult because we keep changing the script till the very day we are shooting,” he says before adding that Hopkins was so meticulous in his research that he would send emails to the director, discussing specific lines and concepts from the script.  “For each line, he knew how he was going to play. There is a moment where he flicks a fly off his face; he thought about this scene in December – three months before the shooting. Look at him, it looks so natural, and not planned,” says Meirelles who has previously worked with the actor in 360.

Pryce, on the other hand, was just the opposite in his approach to the role. “He watched the footage of the Pope. He tried to get that body language, feeling, and the mental state of the Pope. And so, he became the Pope. No matter what line I would give him, he would deliver it just like him,” reveals Meirelles adding that initially, he was sceptical how the two actors would come together, but after the two Welsh actors formed a camaraderie offset, their on-screen chemistry got heightened.

With a career spanning over three decades, the architect-turned-director, who started making films at the age of 14 in a bid to imitate the works of Canadian animator Norman McLaren, has come a long way. Helming international films like The Constant Gardner, Blindness, and 360 among others, the director reveals that he has grown more self-confident over time. “I have learnt to trust my intuition more than I used to. When I was younger, I always tried to cover myself. But now, I really trust my instincts. If I think that something is not going to work, I just don’t go there, and if I think something is crazy and it might work, then I go for it,” reveals the filmmaker who illustrates that the scene in the movie where the two priests share a pizza was added two days prior to the shoot because his instincts guided him. “We trust our rational side too much, we should try and listen to our irrational side,” he adds.

Just like his movies, where the emotions take precedence in the backdrop of the harsher exterior realities, Meirelles too has been gripped by the fear of extinction in the face of pressing climate change. “I tried to put some hope in my film, I am always dealing with very delicate issues, but to be honest, I am not very hopeful about the future. If we don’t have the future, then cinema does not have future,” he says before announcing that his next film will be dealing with climate change, a segment of which will also be shot in India next year. “It’ll release on Netflix next September. It won’t offer any solutions for the crisis, but will remind us yet again that we need to find one,” concludes Meirelles.