The actor feels that she has discovered an uncanny similarity with her character in her upcoming film Dolly Kitty Aur Woh Chamakte Sitare! 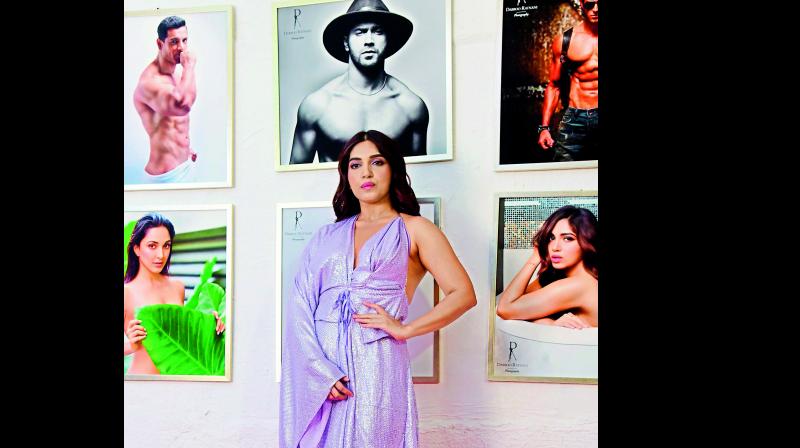 Some lockdown lessons have been profound. While many actors have been taking it slow during this time, those like Bhumi Pednekar are discovering new things about themselves.

The actor feels that she has discovered an uncanny similarity with her character in her upcoming film Dolly Kitty Aur Woh Chamakte Sitare! Bhumi took a trip down memory lane when she found her long lost scrapbook from school and that triggered a huge moment for her.

Bhumi says, “There is so much time at hand that you can use it to declutter, not only your space but your mind. I was cleaning a trunk in my old house and I came across a scrapbook from my school. My first DVD audition tape from my acting college, the first script I wrote. It made me so nostalgic. My character in the film does something similar with her scrapbook and this moment was so uncanny. There are so many of your life experiences you go through again as an actor and that’s what I love about cinema.”

Directed by Alankrita Shrivastava, the film has earned Bhumi several international accolades at prestigious film festivals including the Face of Asia award at Busan. Talking about life in lockdown, Bhumi shares, “The first week was so weird and since my room is towards the road, it’s usually noisy. But now, there’s silence and it’s been taken over by the chirping of birds. The first week of the lockdown was manic, I mean all we used to do was talk about the virus, we still do but now we’ve figured out a way to deal with it. Be more empathetic about what so many people are going through.”  Bhumi takes over her house in the evening every day and lets her hair down with her mother, Sumitra, and sister Samiksha. “I love dressing up my room and my house — there is always some music, I light up the candles. So, post 6 pm, I take over the house because, for me, it’s a way of survival. You have to be positive and spread positivity,” she adds.