Actress Bhagyashree makes a comeback with Thalaivi and a Prabhas-starrer 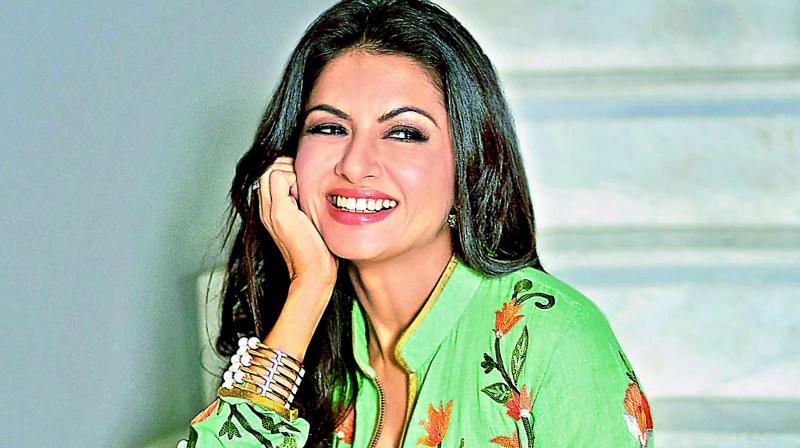 After she made quite the splash with her debut film opposite Salman Khan in Maine Pyar Kiya, actress Bhagyashree went on to work in some more Bollywood, Marathi, Telugu, Kannada and Bhojpuri films.

Then came a long gap. Now, she will be seen again in two major releases, one of which is the Kangana Ranaut-starrer Thalaivi and a Prabhas-starrer, tentatively titled Jaan.

So why didn’t we see more of her in movies, we ask her. “When I leave my home and family behind for a project, it has to be something that triggers the artist in me and makes me feel nice about doing it. Fortunately, I’ve always been able to choose the people I’d like to work with and the projects,” says Bhagyashree.

Elaborating further, she explained, “But mostly, in the industry, when you’re a certain age, the roles you get are basically that of a mother or sister-in-law, with usually nothing much to do than stand in the background with two lines to deliver. That wasn’t the kind of work I wanted to do.”

Soon, Thalaivi and Jaan happened. “Yes, those happened when I was ready to take on work,” she tells us. “However, I am not at liberty to speak about the films yet until the producers give me a go-ahead. But the shooting for my part in Thalaivi is almost over, with just one more schedule left.”

Jaan, with Prabhas, is the working title of a film that appears to be yet another huge addition to her repertoire given its ensemble star cast. It is a period film revolving around a love story based in Europe, for which Bhagyashree was shooting abroad even a little before the lockdown was announced.

“I returned home just in the nick of the time,” she tells us of the film that is still halfway through. “I have two more schedules to complete in it.”

What was it like for a Bhagyashree to work with Prabhas, the current heartthrob!

“Oh, he’s a lovely person and very down-to-earth. He was especially welcoming on the sets when I started shooting for the film, which felt nice because I was restarting after a long gap and was feeling slightly nervous. But soon, we discovered we were both big foodies and had many discussions about food and cuisines.”

But it is not only Prabhas the actress has a good word for. She shares her regards for the directors of both films, too A.L Vijay for Thalaivi and Radha Krishna Kumar for Jaan.

“I remember they’d come up to me at the start of the shoots and said, ‘Ma’am, we are such big fans of you. We never thought we would get an opportunity to work with you,’ she adds with a chuckle. “When you start off on that note, the experience is something else.”

Since Maine Pyar Kiya, fans have also been hoping to watch Salman and Bhagyashree together again. Does she see something like that happening soon?

“I’m blessed to be a part of a film that people have enjoyed for almost three decades across three generations. It’s a rare occurrence in an artist’s life. And while I would love for something like that to happen, it’d depend on Salman and Sooraj Barjatya ji also,” she says.

Just as we’d imagined, Salman Khan was a topic that conjured up nostalgia for Bhagyashree. She tells us about an unpleasant scene during her debut film, involving Salman.

“There was a very popular photographer back then, who is no more,” says Bhaygashree insisting that she would not like to name him. “He wanted to take some not-so-complimentary photographs of Salman and me some sort of “hot” photographs. So, he took Salman aside and told him, ‘Main jab camera set up karunga (When I set up the camera), you just catch her and smooch her.’

“All of us were new-comers and this photographer thought he had the liberty to do something like that. Back then, smooching scenes were not prevalent. I don’t think he or Salman knew that I was standing by very close and could hear every word. For a second, I remained shocked, but just then, I heard Salman say, ‘I am not going to do anything of that sort. If you want any pose like that, you need to ask Bhagyashree.’ I really respected Salman’s response, and that’s when I realised I was among safe people.”

Can we see another Maine Pyaar Kiya? “I would rather say that certain cult films remain as they are. One should not try and build on something like that to remake it again. That being said, it would be a pleasure working with both Sooraj ji and Salman again,” she says.