RS Prasanna’s not going to make another film on sex

Prasanna is busy writing his next film, which will be produced by Siddharth Roy Kapur. 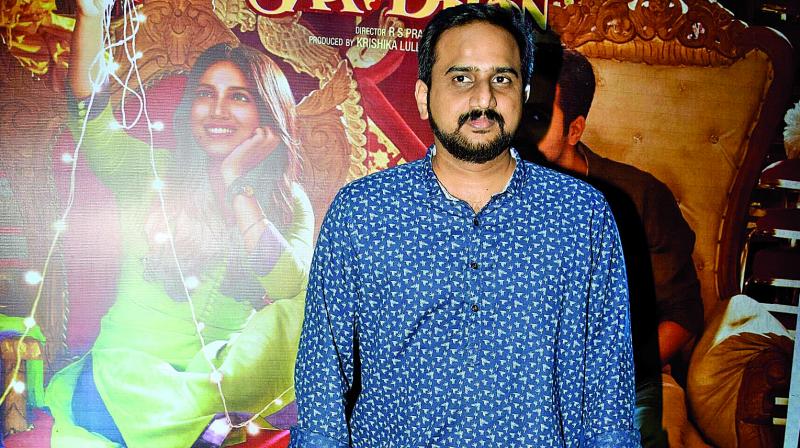 Shubh Mangal Savdhan has made its director R.S. Prasanna very careful about what he wants to do next. “It is not a sex-related subject again — repetition would amount to death. I know I broke through the taboo on sex subjects in mainstream Hindi cinema. That doesn’t mean I’d like to encash on that theme or make it my forte. I’ve many more stories to tell, and none of them are about sex right now,” says Prasanna, whose Bollywood debut was about erectile dysfunction.

Prasanna is busy writing his next film, which will be produced by Siddharth Roy Kapur. All the affable director would reveal is, “It’s a subject that was with me for some time now. I have been working on it. It is  going to be a light-hearted take on an important issue. But there will be no message mongering or preaching. Audiences have no appetite for finger-wagging cinema.”

Recently, Prasanna shared the dais with S.S. Rajamouli, and he came away a total fanboy.  “To simply sit with him in a discussion on cinema during 2017 was such an honour for me. To watch him talk with such childlike enthusiasm about his work and about what cinema means to him, was a huge learning experience. If I could retain that same level of enthusiasm in me that I had while making my first film I’d consider myself blessed.”