Farhan Akhtar and Shah Rukh Khan in an awkward situation

To be blamed is a report that said SRK has quit Rakesh Sharma biopic for Don 3. 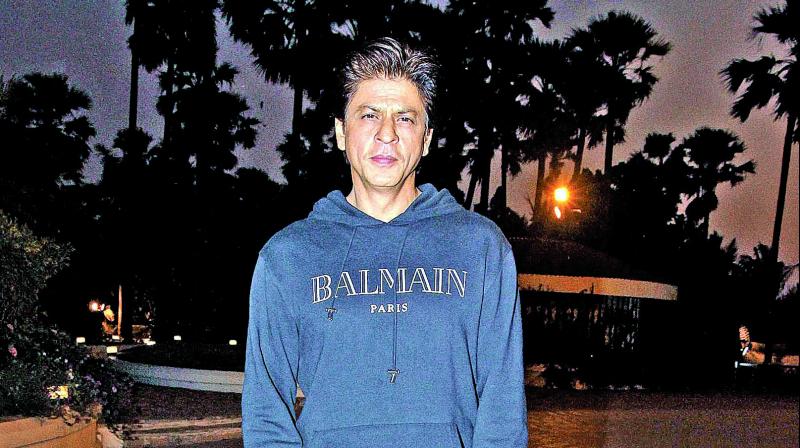 Premature and ill-founded media reports claiming that Shah Rukh Khan opted out of the astronaut Rakesh Sharma’s biopic in order to make time for Farhan Akhtar’s Don 3 have created a horribly sticky situation between Khan and Akhtar.

“The first part of this story is true. Shah Rukh Khan has indeed opted out of the Rakesh Sharma biopic Sare Jahan Se Achcha and the producer (Siddharth Roy Kapur) is now looking at an actor in the 20s or 30s since Rakesh Sharma was in his 30s when he flew to the moon. But, the second part of the story that Shah Rukh is doing Don 3 with Farhan Akhtar is completely false. It is a concoction from some bored internet writer’s desk that has strained relations between Farhan and Shah Rukh,” says a source close to the development.

Apparently, Farhan doesn’t know how to meet Shah Rukh after this story.

“They are old friends and this story has created a wall of awkwardness between them. All Farhan needs to do is issue a statement saying he has no plans of making Don 3 but if he does that, it may not be liked by Shah Rukh. So, the situation is messed up,” says the source.

The Farhan-Shah Rukh story is not the only recent entertainment story gone horribly wrong. Another viral story had it that Alia Bhatt has bought a new apartment worth multi-crores as her love nest with Ranbir Kapoor when she had only bought a luxury vanity van.