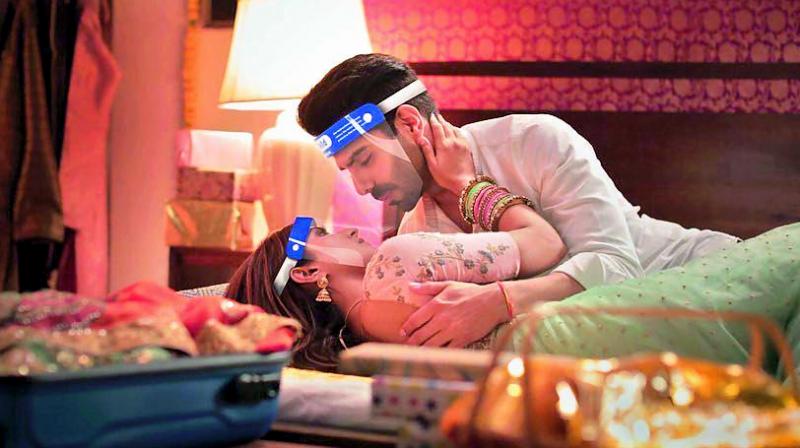 Now that the lockdown has  eased, the registration of titles have started again. Prominent among all those have been Madhur Bhandarkar, who has gone ahead and applied for titles like Corona Lockdown and India Lockdown.

“However, producer Abhay Sinha has already registered  Lockdown and we generally try and avoid giving similar titles to other people. Having said that, we will sit down to discuss the same,” says Anil Nagrath, IMPPA Secretary.

Interestingly, the subject of coronavirus is also infecting movie scripts now. There was a rumour about Aamir Khan including the coronavirus angle into his Arul Kulkarni-written script of the Laal Singh Chaddha to make the film more contemporary.

“Laal Singh Chaddha is a remake of Forrest Gump, about a man’s uncanny ability to be present at historical occasions. While there will be other scenes from the 1984 Sikh riots to other important events in Indian history, there has been a talk that the all-important scene of the lead actor and his friend sitting on a bench be filmed during corona times. The makers haven’t commented on it thus far,” says a source.

Taking a cue from the situation, the makers of Helmet also used a scene from their film by digitally superimposing a face shield on one of their romantic scenes.

“Through this picture, we wanted to have a fun take on the new normal and wanted to portray that if Helmet was shot in today’s time, this is how Pranutan and I would have probably shot the scene,” says Aparshakti Khurana. Sources say that they may insert some corona-related scenes in this film as well.
While the smartly titled Viral Wedding was written and conceived during the lockdown, the makers of the web-series Metro Park too chose to come up with Metro Park: Quarantine Edition.

“I was to be shooting the second season and instead ended up shooting the quarantine edition. It is the sign of times and we need to move with it,” says actor Ranvir Shorey, who leads the cast of the show.

Sources also share that the maker of films like Shool and Dum, recently came up with a web-series Your Honour, and incorporating several scenes in his upcoming project in the post-corona world. The project will involve humour revolving around holding hands and hugging as well.