Oil prices fell, reversing gains made the previous session, due to uncertainty about supply cuts by major producers 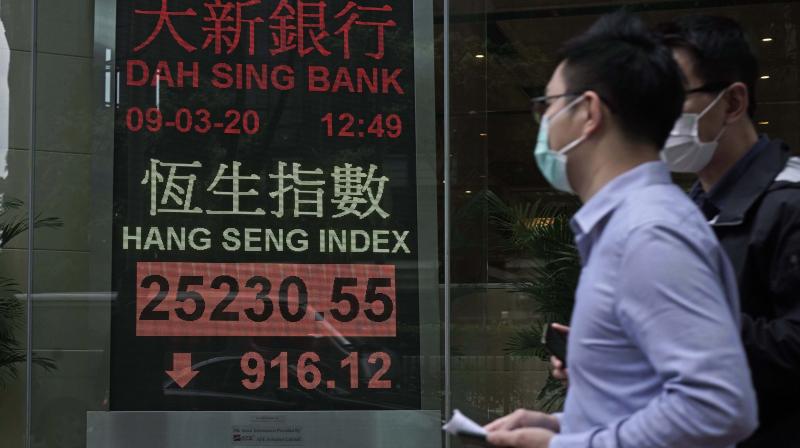 TOKYO: Asian shares rose to a two-month high on Thursday as government stimulus expectations supported investor confidence in an economic recovery from the global coronavirus pandemic.

Shares in Australia rose 0.66% after the country’s prime minister unveiled a fourth stimulus package to repair the economy.

Chinese shares were little changed due to lingering worries about diplomatic tension between the United States and China, while U.S. stock futures fell 0.23%.

The euro held onto gains before a European Central Bank meeting later on Thursday, where policymakers are expected to increase debt purchases to support the bloc’s weakest economies.

Oil prices fell, reversing gains made the previous session, due to uncertainty about supply cuts by major producers.

Markets for risk assets have been on a tear, carrying some stock market indexes to within sight of levels before the coronavirus outbreak.

The Nasdaq Composite,, the S&P 500, and the Dow Jones Industrial Average are close to overtaking all-time closing highs registered in February.

“Liquidity provision by central banks – and expectations that more is coming – is helping to support the recent drive in risk markets,” ANZ Research senior economist Liz Kendall and strategist David Croy, said in a note early on Thursday.

Hong Kong’s stock market gave up early gains and traded 0.12% lower due to concerns about Beijing’s plans for a new national security law for the former British colony.

The euro held near multi-month highs in Asia amid growing expectations the ECB will increase the size of its 750 billion euro ($669 billion) Pandemic Emergency Purchase Programme, when it meets on Thursday.

The yield on the benchmark 10-year eased slightly to 0.7425% in Asia on Thursday.

A closely watched part of the U.S. Treasury yield curve measuring the gap between yields on two- and 10-year Treasury notes, reached 55 basis points on Wednesday, the steepest level since mid-March. A steepening curve often points to a stronger economy.

Governments around the world have gradually started to lift tough lockdown measures imposed to contain the coronavirus which has infected nearly 6.4 million people and killed over 379,000.

Markets await Friday’s U.S. Labor Department May jobs report, which is expected to show the unemployment rate soaring to a post-World War Two high of nearly 20% from 14.7% in April.

On Wednesday, a report showed U.S. private payrolls fell less than expected in May, suggesting layoffs were abating as businesses reopen.