From July 1, employers will have maximum flexibility to decide to bring back employees for a number of days per week 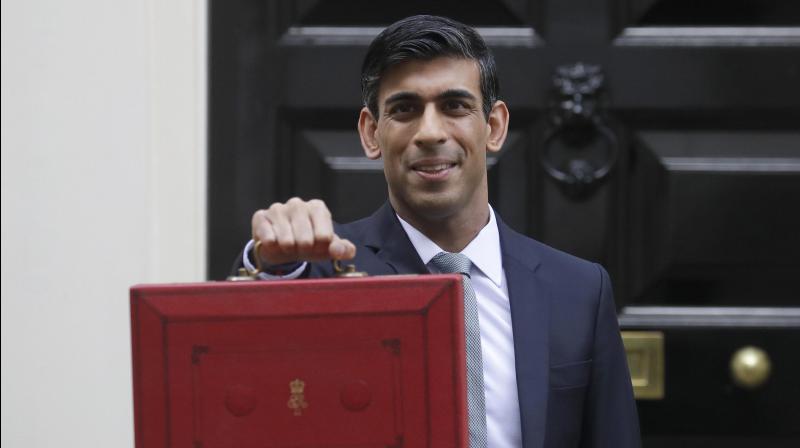 London: UK Chancellor Rishi Sunak has set out the UK government's plans to taper off the Coronavirus Job Retention Scheme from August as the economy gradually opens up from the pandemic lockdown.

The Indian-origin finance minister on Friday said the furlough, or forced leave, scheme, under which the UK taxpayer covered 80 per cent of the wages of nearly a million jobs, will begin to wind down with employers asked to contribute a "modest" proportion of those costs from August before it ends in October.

The furlough scheme cannot continue indefinitely. Employers will be asked to contribute, alongside the taxpayer, to pay the wages of their staff, said Sunak, as he highlighted that no British government in history had undertaken a scheme at such a scale.

From July 1, a flexible furlough will be in place. Employers will have maximum flexibility to decide to bring back employees for a number of days per week, he said.

As part of the changes, in June and July, the scheme will continue as before  with the government covering 80 per cent of wages up to GBP 2,500  with no employer contribution.

In August, the taxpayer contribution will stay at 80 per cent, with employers asked to pay National Insurance and Employer Pension Contributions, which are about 5 per cent of employment costs.

I have aimed to make the scheme as flexible and generous as possible. But there will be hardship ahead for many and I will work very hard to get people back into jobs, he said, when asked about looming unemployment as the lockdown is lifted.

The minister, who has been at the forefront of the UK's economic response to the pandemic, also confirmed that a taxpayer-funded grant for self-employed workers has also been extended for another three months, with a second payment of up to GBP 6,500 available under the Self-Employment Income Scheme. At the end of October, all such schemes will be wound down to focus on opening up the economy.

Not everything will look the same as before. We won't be able to put the key into the lock and step into the world as it was in January. But the government will do what it can to help people thrive in the post-COVID world, Sunak added.

The minister, who was addressing the daily Downing Street briefing, revealed that a further 324 fatalities over the previous day meant that the UK coronavirus death toll now stands at 38,161.