Iran has since April sent five tankers totalling about 1.5 million barrels to the leftist government of fuel-starved Venezuela 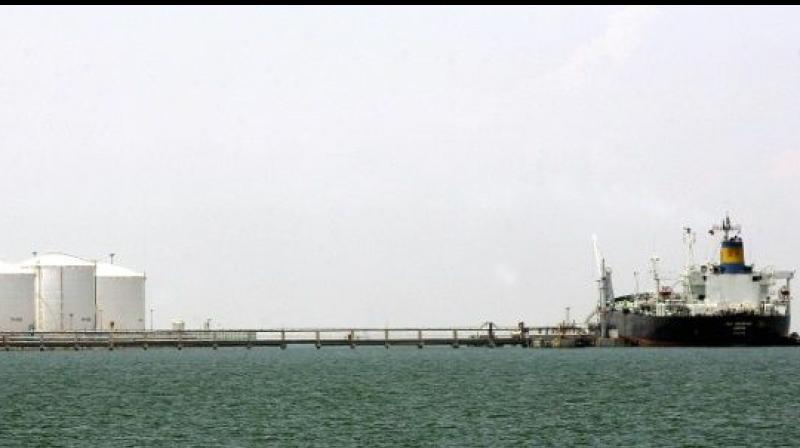 Iran has since April sent five tankers totalling about 1.5 million barrels to the leftist government of fuel-starved Venezuela, though the shipments have done little to alleviate hours-long lines at gas stations.

The Trump administration, which is seeking both to block Iran’s energy trade and bring down Venezuelan President Nicolas Maduro, has threatened reprisals and warned ports, shipping companies and insurers against facilitating the tankers.

But Tehran plans to keep up the shipments, according to five trading and industry sources close to the Oil Ministry.

“This is a long-term strategic decision made by the state to expand influence,” said one Iranian trader familiar with the policy, likening it to Iran’s cargoes for Syria.

Requests for comment from Iran’s Revolutionary Guards and Oil Ministry, and from Venezuela’s state oil company PDVSA, Oil Ministry and Information Ministry, were not answered.

A State Department spokesman said the United States would not tolerate “meddling” or sanction-breaking to support Venezuela, but did not specify what actions could be taken.

“The international business community should already be aware of the legal risk of any transactions with the illegitimate and tyrannical regime of Nicolas Maduro,” he said.

“It is no surprise that the deeply corrupt and oppressive Iranian regime would find a kindred spirit with Maduro’s brutal kleptocracy.”

A net gasoline importer for decades, Iran announced self-sufficiency last year with the third phase of its newly-constructed 350,000 barrels per day (bpd) Persian Gulf Star refinery in the port of Bandar Abbas.

But the coronavirus pandemic cut demand to almost 450,000 bpd in the first quarter of 2020 from about 650,000 last year, according to energy consultancy FGE.

Even before the virus, oversupply had reached 84,000 bpd of gasoline in the last quarter of 2019, but it soared to 172,000 in the first three months of this year, according to FGE.

With insufficient storage capacity, Iran was unprepared for the glut, the trading and industry sources said, meaning Maduro’s appeal for help fell on ready ears.

“Iran’s gasoline oversupply equals 15 to 20 medium cargoes every month. Iran exports only five cargoes a month to Asia and Africa. So Venezuela is the only viable option,” said one of the sources. They all asked not to be named due to the sensitivity of the subject.

Iran is also helping the fuel-starved South American country restart its mostly idled 1.3 million bpd refining network. An Iranian-flagged cargo ship is currently making its way toward Venezuela, according to an analysis of the vessel’s trajectory by oil industry data provider TankerTrackers.com, which added it was carrying refining equipment.

Refinitiv Eikon data show the vessel, the Golsan, is navigating west across the Atlantic Ocean after departing Iran’s Bandar Abbas - the same port where the gasoline cargoes came from - in May. The shipment comes after Iran sent refining equipment to Venezuela through more than a dozen flights by sanctioned airline Mahan Air earlier this year.

Even when the pandemic has passed and domestic demand picks up to an estimated 550,000 bpd in the second half of this year, Iran will still have the capacity to send two to three cargoes to Venezuela per month, according to traders and FGE data.

Though the political solidarity is evident, with Maduro due to visit Tehran soon to “thank the people”, Reuters has not been able to establish the financial details of Iran’s trade with Venezuela.

The deal could, however, help Iran stem potential losses at the production end from storage reaching capacity, according to the head of one oil products trading firm in Tehran.

“For every single day that a refinery is shut down, the loss will be far greater than exporting cheap gasoline to Venezuela,” he said.

Tehran has not been hiding its trade with Caracas.

Unlike most Iranian tankers that turn off transponders for shipments skirting U.S. sanctions, the five ships delivering to Venezuela kept their automatic identification system (AIS) on.

In the last two years, Trump has quit a nuclear deal with Tehran and reimposed sanctions on Iran’s energy and bank sectors plus the Revolutionary Guards.