The bank had provided Rs 1.06 lakh crore for the bad loans but the provisions for the NPAs as assessed by the RBI was Rs 1.18 lakh crore. 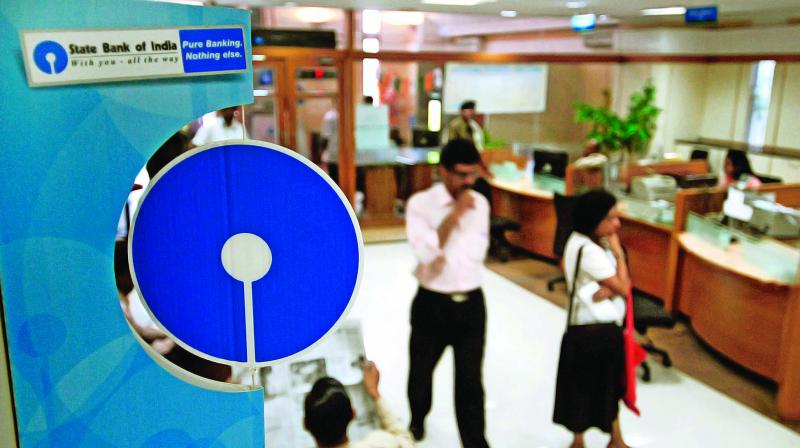 The country's largest lender, State Bank of India (SBI), on Tuesday disclosed that the central bank's inspection has found that it had under-reported bad loans by Rs 11,932 crore in 2018-19.

Mumbai: The country's largest lender, State Bank of India (SBI), on Tuesday disclosed that the central bank's inspection has found that it had under-reported bad loans by Rs 11,932 crore in 2018-19.

While the gross non-performing assets (GNPA) reported by the bank as on March 31, 2019 was Rs 1.72 lakh crore, the GNPA as per the Reserve Bank of India's risk assessment report (RAR) for the same period was Rs 1.84 lakh crore, SBI said in a notification to the exchanges. Thus the divergence in GNPA for the year stood at Rs 11,932 crore, it said.

Similarly, the net NPAs disclosed by the bank for FY19 stood at Rs 65,895 crore while the regulator's assessment of net NPAs was at Rs 77,827 crore.

The bank had provided Rs 1.06 lakh crore for the bad loans but the provisions for the NPAs as assessed by the RBI was Rs 1.18 lakh crore.

The central bank found that the divergence in provisioning for these non-performing assets (NPAs) stood at Rs 12,036 crore in FY19.

If the bank had made the provisions as assessed by the RBI, it would have reported a net loss of Rs 6,968 crore for the FY19 as opposed to a profit of Rs 862 crore, the lender said.

SBI said that there would be a subsequent impact of Rs 3,143 crore on gross NPAs, Rs 687 crore on net NPAs and Rs 4,654 crore on provisioning against bad loans in the Q3FY20.

Anil Gupta, Vice President and Sector Head, Financial Sector Ratings at Icra Ltd said, "Given that the recognition for stressed assets at the system level has been largely done, the GNPA divergence for banks in FY18 was limited and is expected to be limited for FY19 also. However, on the provisioning side the divergence was elevated during FY18 and is expected to remain elevated for the review period of FY19 too."

Divergence in bad loans and provisions arise when a bank's and RBI's assessments differ.

In October, the Sebi asked banks to disclose the divergence in asset classification and provisioning immediately upon assessment of the RBI's final risk assessment report.