Catcher in the fry

When it comes to audio books and podcasts... there is a brand new world waiting to be unearthed. 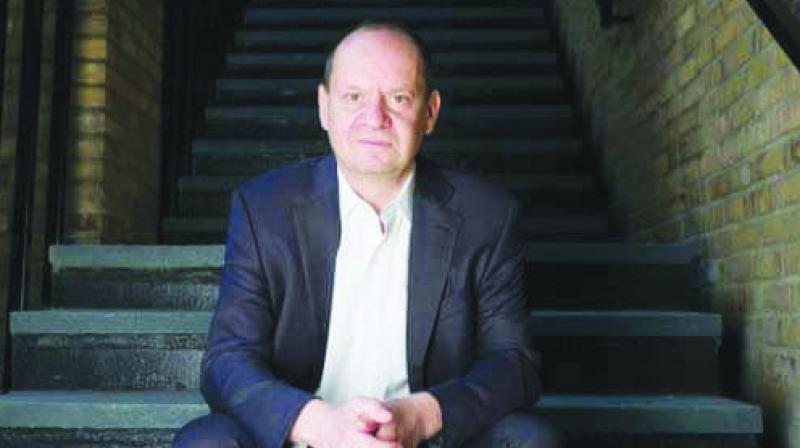 QC Philippe Sands leads the investigation into Otto’s disappearance after the war.

Here are some of the new podcasts that you must tune into. Headlining this is the inimitable Stephen Fry, who comes with a wealth of experience and context that is not only interesting, but also totally riveting.

The Ratline
A 10 part podcast about a Nazi hunt

Professor of law at University College, Philippe Sands presents The Ratline, a podcast “about Nazis, spies, love, death, secrets and lies.” This is a “real-life mystery” that begins in a 14th century Austrian castle. A story about a baron,” Sands narrates at the beginning of this new 10-part podcast about a Nazi hunt. The series is presented by barrister and writer Phillipe Sands. It is about an SS official Otto von Wächter who lived in this castle with his family amid copies of Mein Kampf inscribed with salutations from Himmler. QC Philippe Sands leads the investigation into Otto’s disappearance after the war.  It can be heard on BBC Radio and Audible.

He appeared on the Graham Norton Show, and went on to regale audiences about why they should tune into podcasts... well not really why, but what his new podcast is all about. And everyone was interested. This is Stephen Fry’s first podcast in 10 years and he’s back with a message in this mesmerising series about invention and change. He speaks about how storytelling as human’s know it has been relegated to the back seat as people get busy with gadgets. He looks back at stories of invention and inspiration, from calories to self-driven cars. From a walk down history that springs up some shocking surprises. From the woman who murdered hundreds to The Buckingham Palace Freak Show, which digs into the world of Queen Victoria-approved entertainment, and even on pornography, where more than just a table leg is exposed. His trademark style is known to most of his regular followers, and his big ideas on progress and technology make for some interesting debates.

Over 12 fascinating episodes, Stephen Fry explores the weird and worrying ways of Victorian Britain through true accounts, delving deep into a period of time we think we know, to discover an altogether darker reality.

All Potterheads can also tune into the series of Fry’s Harry Potter audio books which he has done from beginning to end. On the Graham Norton Show, Fry even recalls how he was unable to pronounce a line right in the book, and called author JK Rowling... and requested (most gently) that the sentence be changed... and she said a definitive no! And then proceeded to add the particular sentence to all her books... just to have the last laugh!

Rubin and Gladwell’s music podcast is a must for any lover of music. In it one sees Eminem reveal his writing process. Then it turns to Lorde, Jay-Z’s 99 Problems and a look back at Tom Petty’s life. Totally worth its weight in notes from a musical self.

If there is only one Oprah, then Michelle Buteau can be described as a no-budget Oprah by all her listeners. Her new podcast is worth listening to. From a tinkling 80s smooth soul theme tune, to the monologues and interviews that are sharp, witty and hilarious. It’s got life advice from the cast of Hamilton, along with Gina Yashere’s entertaining story about her mum’s reluctance to allow her to go anywhere.