A scoreboard of judicial accountability

On the one hand, Anita Gets Bail tracks the brilliance of our judiciary, while on the other it lays bare its clay feet. 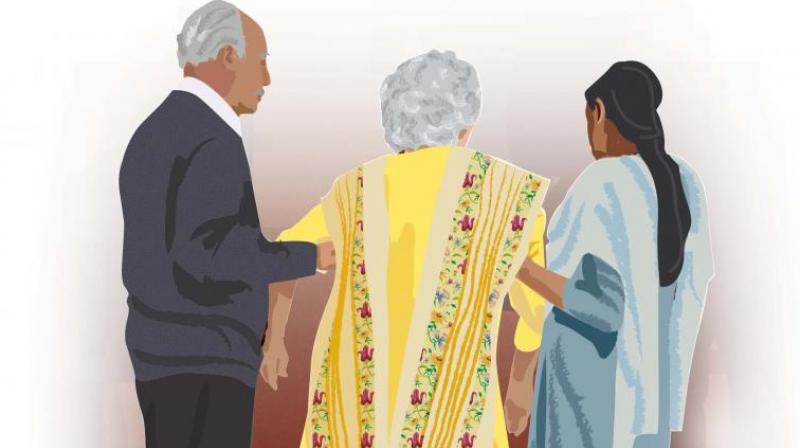 Veteran lawyer and jurist Fali S. Nariman made a valuable comment at the launch of Arun Shourie’s latest book, Anita Gets Bail: “The sovereign device for ensuring better judgments, indeed for ensuring judicial accountability, is to analyse judgments and to publicise the results.”

This is an apt comment as Shourie’s book does precisely this. The book carries a detailed account of some of recent verdicts which cast a shadow on the impeccable reputation of the Supreme Court, and will hopefully lead to the introduction of a mechanism of judicial accountability and help improve the quality of justice in our country.

Written in his inimitable style — lucid and gripping — the book, even while dealing with a subject as dry as “courts”, is a veritable page-turner. It does not lose momentum at any point. One does not have to be a lawyer to engage with it, a lay reader can enjoy it equally. In fact, anyone concerned with improving the judicial system should read this book as it provides a bird’s eye view of how our courts function and sheds light on some “questionable” court verdicts. The book is timely and raises some disturbing questions as well about the integrity and neutrality of some of our senior judges.

On the one hand, Anita Gets Bail tracks the brilliance of our judiciary, while on the other it lays bare its clay feet.

Despite all its drawbacks, our judicial system is one we cannot afford to let go because if we do so, there will be nothing left of our democracy and the constitutional safeguards. It is for this reason alone, more than anything else that the system must improve and people’s faith in it must be reposed. Anita Gets Bail does a great service towards this end.

The book succinctly captures the complex arena of the justice delivery system and holds a mirror to the myriad ailments that plague it. From routine occurrences in our trial courts in small towns, where the common man is held captive for no fault of his, the Herculean efforts required to extricate oneself from the paralysing grip of the “system”, to the fault lines which have now become visible in the might and majesty of the Supreme Court (where justice has become a mirage), the book indeed tells the story of our times.

Anita Gets Bail starts with a poignant autobiographical account of the writer trudging the magistrate’s court in Haryana’s Faridabad with his ailing wife Anita, for having allegedly evaded summons which she never received. The summons, the author tells us, were issued for a house that they had never built, on a piece of land that they didn’t own. He tells this brilliantly, highlighting the flaws in the fragile system in which the innocent suffer for years, paying a hefty financial and emotional price.

According to the author, the purpose of this narrative is to give a cue to our journalists to focus on what goes on in the far flung courts of the lowest judicial rung, rather than just on the lofty constitutional issues being debated in the Supreme Court. He urges the editors of newspapers to depute correspondents routinely to lower courts and report what transpires there. This would give readers a “much truer picture of the state of justice in our country” and may even lead to some improvements in the system, he concludes.

Shourie’s portrayal of cases involving former chief minister of Tamil Nadu J. Jayalalithaa helps establish judiciary’s attempt to stem corruption in public life and, at the same time, demonstrates how the entire judicial process can be subverted by efficient but unethical lawyers under the watchful eyes of the judiciary itself, to delay imminent conviction. In Jayalalithaa’s case, conviction came after her death — the SC had a role to play in it; it not only granted bail to her after her conviction but also permitted her to continue as chief minister under a highly questionable order — this point has not been sufficiently delved into by the author.

The cash-at-the-doorstep case is yet another gripping account of judicial lapses, explaining how our courts deal with cases when one of their ilk is involved. A case in point is that of `15 lakh delivered at the residence of a Punjab and Haryana high court judge Nirmaljit Kaur, which, it later transpired, was for another judge by the same name. Here the author has underlined the manner in which judges ensure that the wheels of justice — which, in any case move at a snail’s pace — come to a grinding halt to give sufficient time to push the rot under the carpet.

Shourie is most scathing in his attack when he discusses some of the recent judicial verdicts which cast a shadow on the neutrality of SC judges — the manner in which the SC dealt with the case relating to the mysterious death of judge B.H. Loya, who was hearing the case relating to alleged fake encounter killing of Sohrabuddin Sheikh by the Gujarat police (BJP president Amit Shah was among those accused of having engineered those encounters) and the deafening silence over the 60-page suicide note by the former chief minister of Arunachal Pradesh Kalikho Pul in which he had implicated the then chief justice. He also alludes to the role played by some senior judges in the medical college cases.

These are very significant verdicts that don’t just raise questions on the integrity of our judges but also point to a fundamental need to prevent the rich and the powerful from obstructing justice. Many an upright citizen may feel revolted by the judicial abdication and self-protection demonstrated in these cases.

Even while exploring these grim anecdotal verdicts, Shourie manages to show the funny side of the judiciary, especially while discussing some meandering and ridiculous judgments of some of our judges through his tongue-in-cheek wit. The humour in his elaborate comments on the judgment of a Himachal Pradesh high court judge is not to be missed. Similarly, the verdict on Justice C.S. Karnan, the only judge ever to be sent to jail for contempt of court, is worth reading.

The author’s objective in writing these details is not to ridicule the judiciary but to stress upon the need to appoint judges with a high level of legal acumen, integrity and calibre in order to uphold the dignity and prestige of this great institution. I hope Shourie succeeds in his mission.