Podcasts have slowly entered the lives of a generation that always seeks the new and untested. 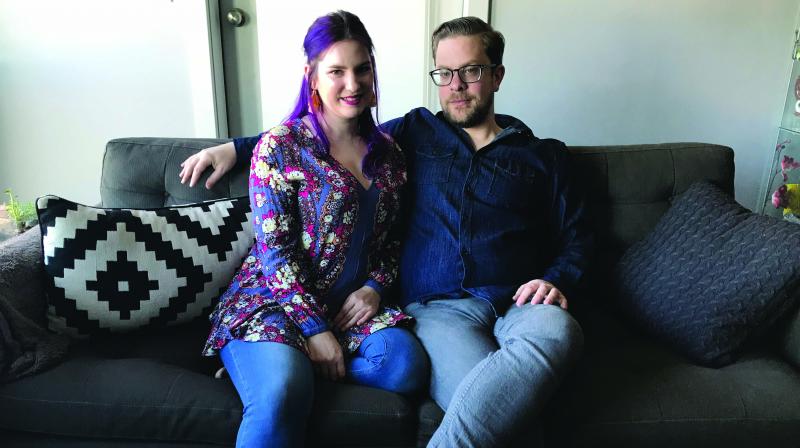 Matt Bowes and Erin Fraser, a Canadian couple, run a podcast called Bollywood is For Lovers

Praveen Sasidharan woke up to walk with a purpose. There was of course the weight loss to think of. But that wasn’t tempting enough. It was the thought of plugging in those earphones, listening, as he walked, to Neil MacGregor, director of the British Museum, narrate human history through objects from the museum. ‘A History of the World in 100 objects’ is a joint project of BBC Radio 4 and the British Museum that Praveen found out through random googling for podcasts. Earlier it was metal and rock when he walked. Now it was information he wanted, absorbed while he exercised. Time gained.

Podcasts have slowly, very slowly, come into the lives of a generation that always seeks the new and untested. But then podcasts have not caught on with the speed that other entertainment technologies have — like say an instant messenger app such as Whatsapp, or the web series on YouTube. “Talk Radio & Audio news as a media format is still in its infancy in India. This is surprising since the government controls dissemination of news content over the radio but not over the internet. The regulatory arbitrage this provides to internet companies is huge and as yet no company has successfully capitalised on the same,” says Aman Kumar, Chief Business Officer of KalaGato, a data-analytics startup.

It could be because people are used to videos so much. “I listen to mostly comedy podcasts which have videos. I have tried the voice-only ones but I get distracted,” says Harikrishnan, a software professional from Bengaluru. “Most listeners stream music rather than news or opinion-related audio content. Bollywood and regional music content is extremely popular,” says Aman. Perhaps why Bollywood podcasts are doing pretty well both inside and outside the country. 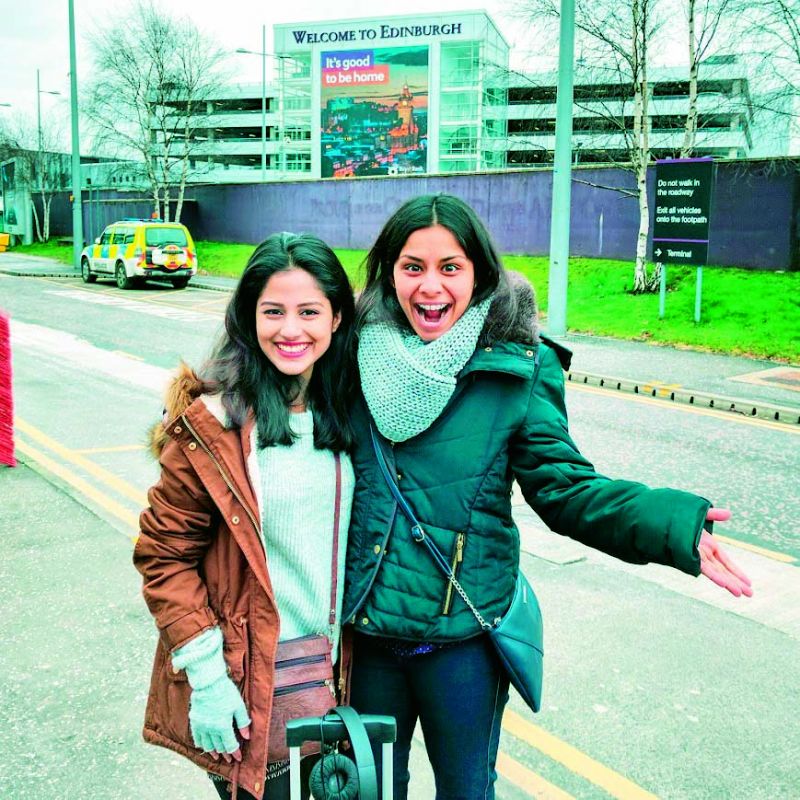 Ankita Narayan residing in the UK and Meenal Viz, an NRI in Prague, were both active bloggers and podcast listeners, wanting to co-host a show. Desi Outsiders became a platform to discuss subjects they were passionate about.

Matt Bowes and Erin Fraser, a Canadian couple, run a podcast called Bollywood is For Lovers. “We became interested in Bollywood a little over four years ago. We had both seen a couple of films in university when we were working on our undergrads but it took a few years for us to start watching them in earnest. The film that probably cinched it for us was Dhoom 3,” they say.

In India too, The Bollywood Project by Hani and Uzma are among the most popular podcasts. They launched the podcast after finding out all of the Bollywood shows featured men and had a lack of representation when it came to female voices.

“The Bollywood Project has been on air since May 2015. When we started, the podcast world was dominated by males and now we have seen more female representation appear. Once we established our podcast, people started trusting us as reliable sources and come to us for our opinion on Bollywood stories,” they say. 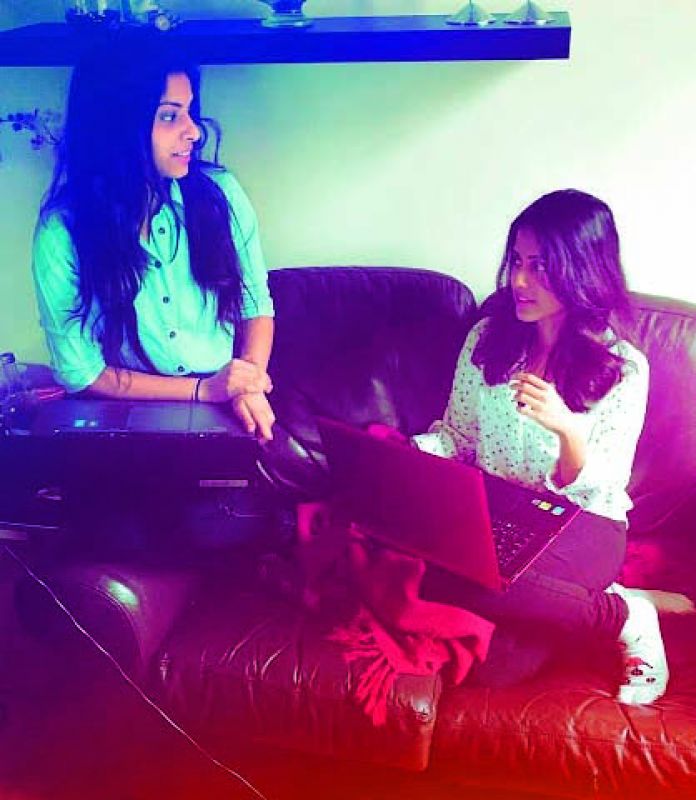 They also had shows from India’s premiere podcast network, Indus Vox Media or IVM. “I started IVM in March 2015. Saw a gap in the media market. Most countries with more competitive radio markets have a thriving talk radio scene. Because of the nature of radio licensing in India we don’t have that form of content. Podcasting was a great way to leapfrog traditional radio and start distributing long form talk-content digitally,” says Amit Doshi, founder CEO of IVM. Quite a few popular podcasts got featured in IVM — comedies like Cyrus Says, discussions like The Seen and the Unseen by Amit Varma, ecommerce talks like Shunya One, all-things queer like Keeping it Queer by Navin Noronha, easy news shows like Simblified and so on. “We have developed and released over 35 different shows in a variety of genres. It’s a tremendous growth business. Our audience has grown 10X in the last year, and we have still barely scratched the surface of where we can go,” Amit adds.

The areas in podcasting became wider — travel, music, movies, culture, politics, history — all had niche audiences. All India Bakchod or AIB is the country’s most widely heard comedy podcast run by Tanmay Bhat and Gursimranjeet Khamb — their take on everything in the news. Baalgatha, or children’s stories, brings stories from Panchatantra, Jataka and other classics to Whatsapp. 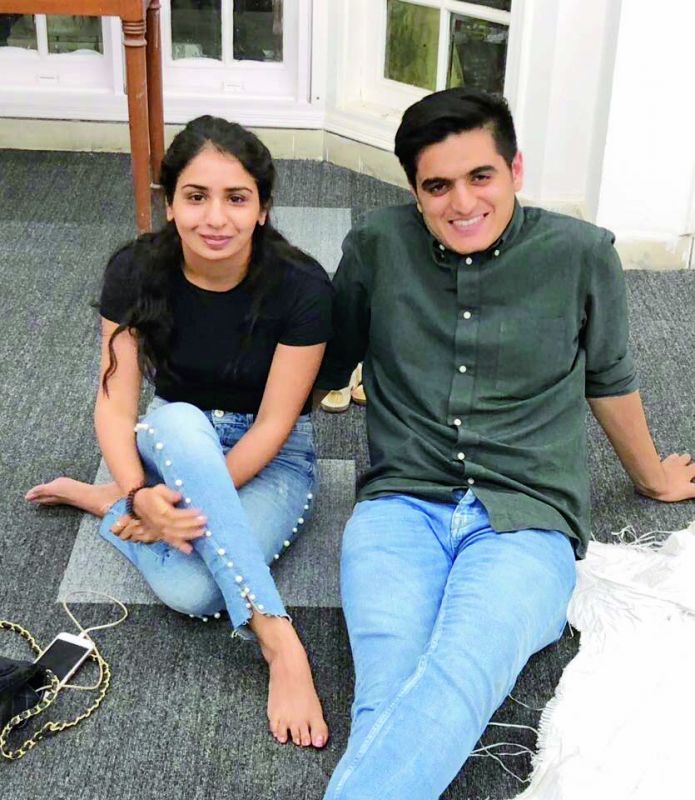 Shobhit Banga and Supriya Paul started the now popular podcast Josh Talks three years ago to inspire the youth to do something more with their lives, raise their level of aspirations. They began with video content on YouTube and Facebook which now has over 75 million views. That’s when Audioboom, a podcasting aggregator, reached out to ask if they would like to host the same over a podcast in audio only. “Our target audience is the age group of 16-25 and a lot of these individuals, specially those in urban areas, are constantly on the move and podcasts serve as a great medium to reach out to them while they have idle time in the Metro or while driving or while on flights and want to catch up on some high quality content,” Supriya says.

Some of their top podcasts in recent months include a talk on battling depression, a conversation with the daughter of a sex worker, and a third on Anurag Kashyap’s personal story. 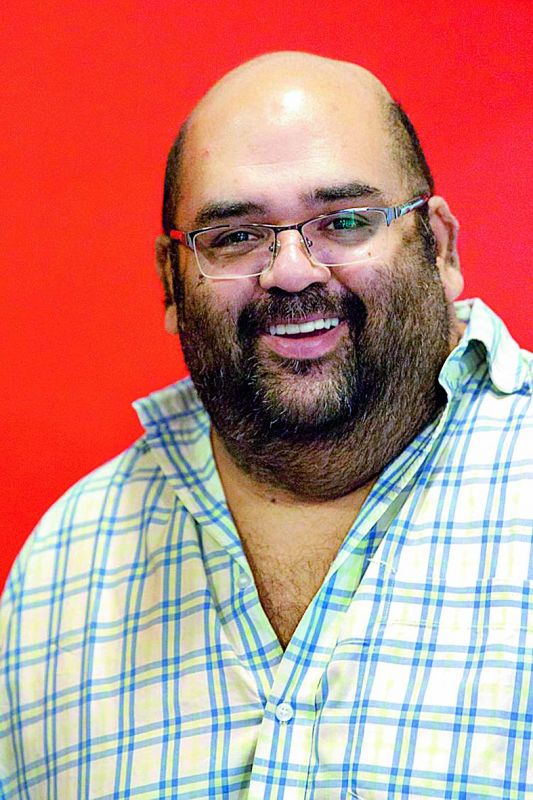 “Over the last six months, the listenership has grown drastically. Earlier we used to get about 200-300 listens per podcast but now most podcasts reach 10,000+ listens in less than a month. The duration spent on podcasts is also much longer than videos shown in our analytics. Most of our traffic comes from Itunes and we are also growing a keen set of followers/listeners on Saavn. With platforms like BookMyShow Jukebox, Saavn etc now hosting podcasts, we are pretty excited about this space and how its going to evolve,” Supriya adds.

Desi Outsiders is another podcast the Medium recommends to try out in 2018. Ankita Narayan residing in the UK and Meenal Viz, an NRI in Prague, were both active bloggers and podcast listeners, wanting to co-host a show. Desi Outsiders became a platform to discuss subjects they were passionate about. “It was interesting for us to discover each other’s perspective on different things as I was born and raised in Gibraltar in a very traditional, strict home whereas Ankita grew up in India with much more freedom than I had. Our worlds were very different but our ideas were similar. We thought it would be nice to record all the long discussions we had over the phone on topics of feminism and culture, so that other people could listen and chime in,” says Meenal. 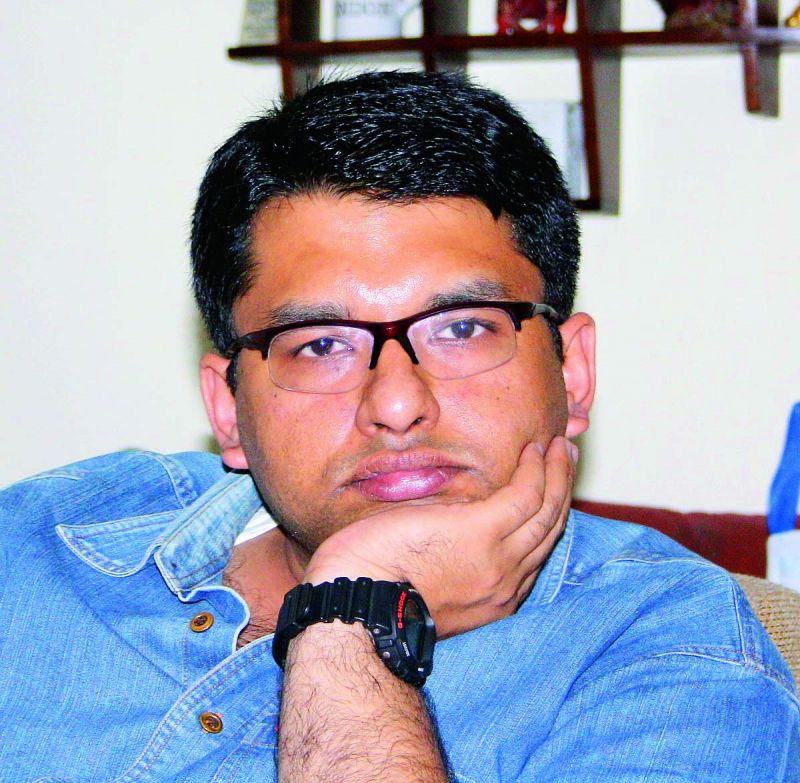 “Some of the greatest responses we’ve received (and continue to receive although we’re 65 episodes in) is on the very first episode: ‘What marriage now?’ where we discussed how crazy some desi families go the minute they hear that their kids are dating and/or want to get married to someone of their choice,” Ankita says. Their stats show that Indians like listening to stories they can relate to (like marriage and dating in India), stories of inspiration, social impact etc.

“Although we primarily cater to a South Asian audience, the most number of listens we get are from the US. We believe this is from desis living in the US but it piqued our curiosity as to why the audience in the Indian sub-continent was resistant to listening to our podcast. So we started reaching out to people, asking them how they consumed their podcasts and found out that a lot of Indians felt that they had to sit down in one place and listen to a one-hour conversation between two-three people if they had to consume our content. On probing further we found out the root cause: A lot of Indians are reluctant to download apps which will use up more of their data for streaming audio content online. They explained how they don’t always have wifi access during their commutes and that 3G internet data was also not cheap in India.” 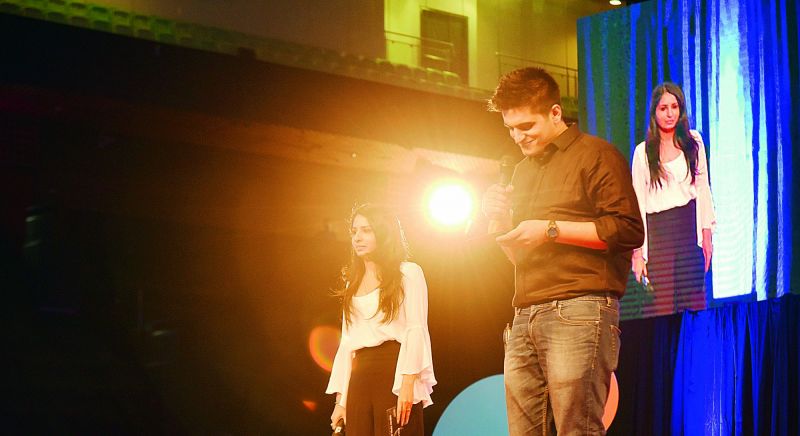 Writer Sidin Vadakut did a podcast series on the history of the constitution of India, called A New Republic. Podcasts hadn’t quite become very big at that point, he says, but he wanted to try the format out. “It was the Lok Pal/Kejriwal/Anna Harare protests that kicked things off for me. I kept hearing people say this or that was constitutional or unconstitutional. And I started thinking... what does this mean? And this got me thinking about our constitution. And I found it fascinating. And realised that India has a long and interesting constitutional history,” Sidin says. He chose podcasts because he could do it in a relaxed, personal manner. “In a conversational style through which I could tell people that this is a great story, this is why I like it, you may like it too, I am no expert but come along with me.”

Sidin feels the market will evolve gradually as people get better at making podcasts. “Content creators in India have other avenues that are far more easy to monetise. If you had original things to say about cricket, for instance, why not just freelance for somebody and actually get paid for it. Has anybody cracked the revenue model for independent audio programming in India? I doubt it. Good intentions must meet a good market.” 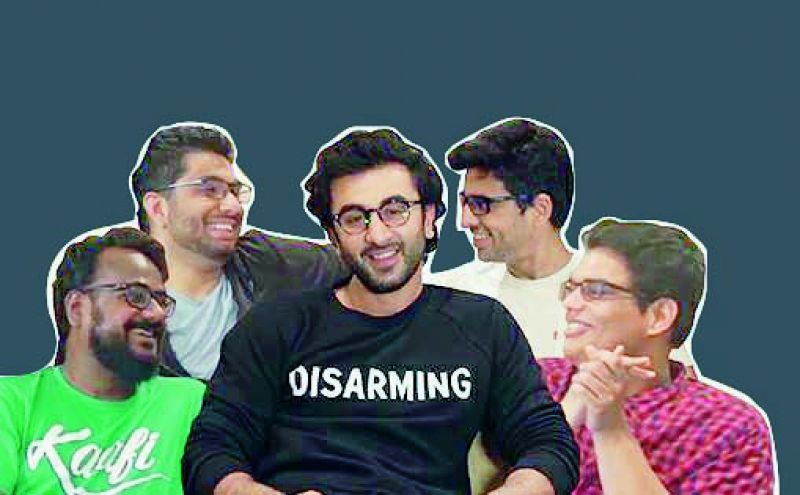 A 2006 Telegraph report says there were roughly 3,000 podcasters in India at the time, when bloggers used podcasts as an extension of their blogs. Sunil Gavaskar was one of the first podcasters then with his HOWZZAT!, a podcast on cricket. A year before that, it was on Sify.com that podcasting was formally launched in India. Audiomatic, one of the most popular podcast startups today, founded by Rajesh Tahil and Tariq Ansari, came much later. “The Podcast Revolution may seem the flavour of the month for now, but for those of us who have loved, lived and listened to radio from here and around the world, it’s like finding the frequency of a classic, old favourite,” they wrote on their first blog post, three years ago.

They add, “Radio will always be relevant. Even the sort of radio that comes without 3.5 minute songs. It is both a personal and a community connection, older and deeper than any broadcast medium. Radio allows you to tell stories that draw on the imagination. In a world where technology constantly outpaces itself, it has adapted with perfect mobility. But most importantly, as media consumption abbreviates itself to suit our ADD lifestyles, radio doesn’t greedily demand your undivided attention. It allows you to be ‘here’ but also elsewhere.”