A walk down coorg’s lane

The cuisine has evolved with locally produced fresh ingredients that are available in the region, hunting and foraging. 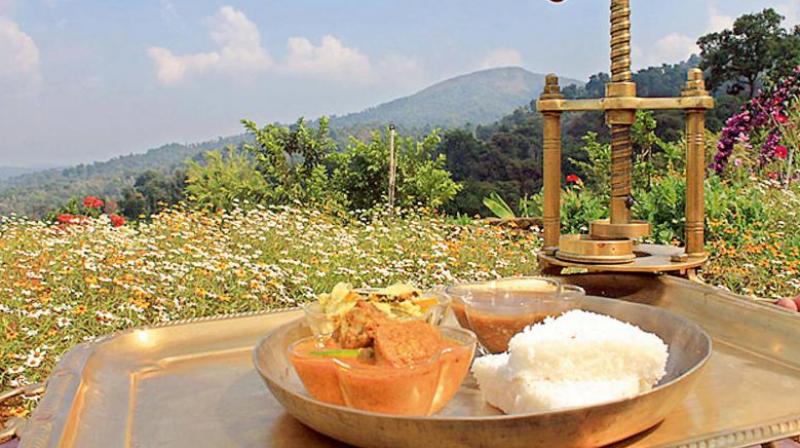 The cuisine has evolved with locally produced fresh ingredients that are available in the region, hunting and foraging.

Slow-cooked meat and heaps of Kachampuli or vinegar, gives coorgi cuisine its own, unique identity, setting it apart from food from other parts of South India.

Situated in the heart of Karnataka, Coorg is not just home to breathtaking views and a beautiful weather, but also to the famed Coorg cuisine. The cuisine has evolved with locally produced fresh ingredients that are available in the region, hunting and foraging.

Make no mistake; Coorgi cuisine is completely different from that of its neighbouring state of Kerala. It’s far more rustic, and less refined, with its own ambrosial personality.

The preferred style of cooking is mainly slow cooking in primitive pottery, in earthenwares. Most food is prepared with a few key ingredients because of the climatic conditions of Coorg. Pork — especially wild boar — and Kachampuli, or Coorgi vinegar, are the most commonly used ingredients. Interestingly, the meats are cooked over slow flame using their fats, instead of oil. Kachampuli is a strong and viscous variety of syrup, derived from Kodambuli, a fruit. The vinegar offsets the acidic taste and adds a characteristic flavour to the dishes.

However, given that the cuisine isn’t as well known to most of the country, there are various myths about Coorgi cuisine that people believe. Many are under the assumption that coffee can be used to prepare Coorgi food, which is incorrect. Neither does Kerala have any kind of influence on their cuisine.

Unfortunately, because the cuisine is yet to be explored on a mass scale, it’s not had much of an impact in India. By increasing awareness of this cuisine amongst gourmet diners, especially about its imperative flavours and uniqueness, Coorgi cuisine will finally have its day in the sun. 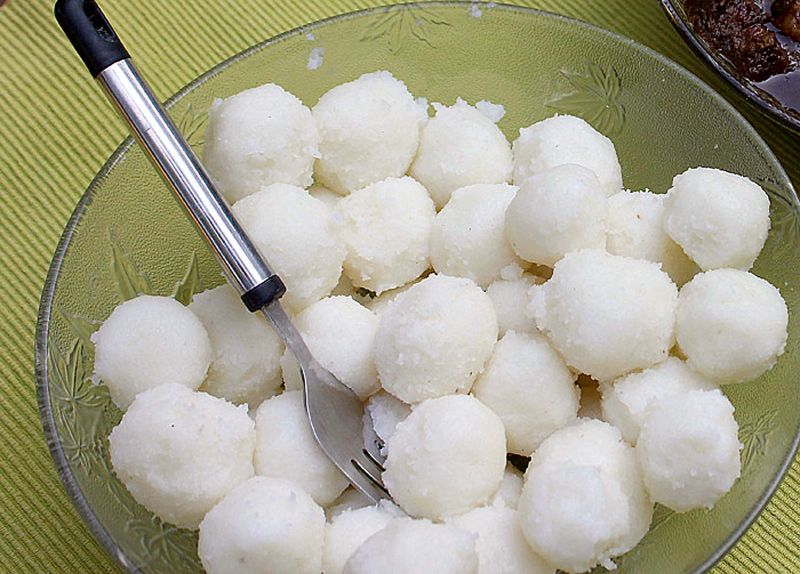 METHOD
Boil the water with salt. For one measure of broken rice, take two measures of water.
Add the fine broken rice rava and stir continuously, so that no lumps are formed. Add fenugreek powder.
Keep stirring till rava is cooked, and all the water is absorbed. It should leave the mixture with a dough-like consistency.
The process will take 30 minutes. Remove from fire and allow it to cool.
Spread out on a plate and knead it a little with greased palms.
Roll it into lime sized round balls between your palms, rubbing a little melted butter to it.
Wrap up these balls in a damp muslin cloth, and steam for 10-15 minutes.
Kadambuttu is best served with Pandi Curry. 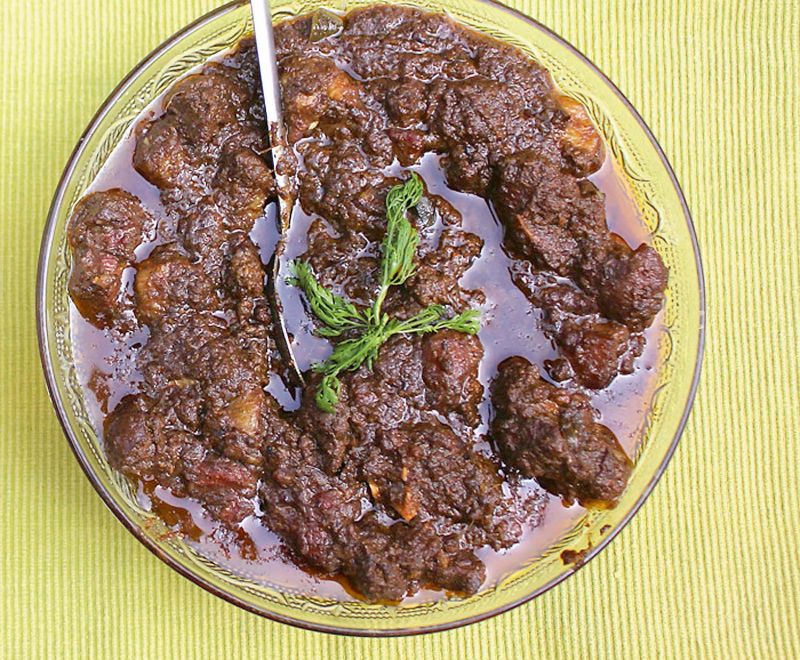 METHOD
Cut the pork into medium-sized pieces. Wash and smear them with turmeric, chilly powder and salt.
Coarse grind the chillies, onions, ginger, garlic and coriander.
Sauté the marinated meat in a vessel slightly.
Add the green masala and a cup of hot water to it. n Let it cook for 10-15 minutes, so that the masala is completely absorbed by the meat.
When almost cooked, add the powdered spice masala. If cooking in a pressure cooker, you can add the spice masala at the beginning, but in an open vessel, you can add it later.
Simmer and allow it to cook; the colour will keep getting darker.
After the meat is well cooked (dark blackish-brown in appearance, with a slight glaze), add the Kachampuli and remove from the fire.
There should be a thick gravy for the curry. 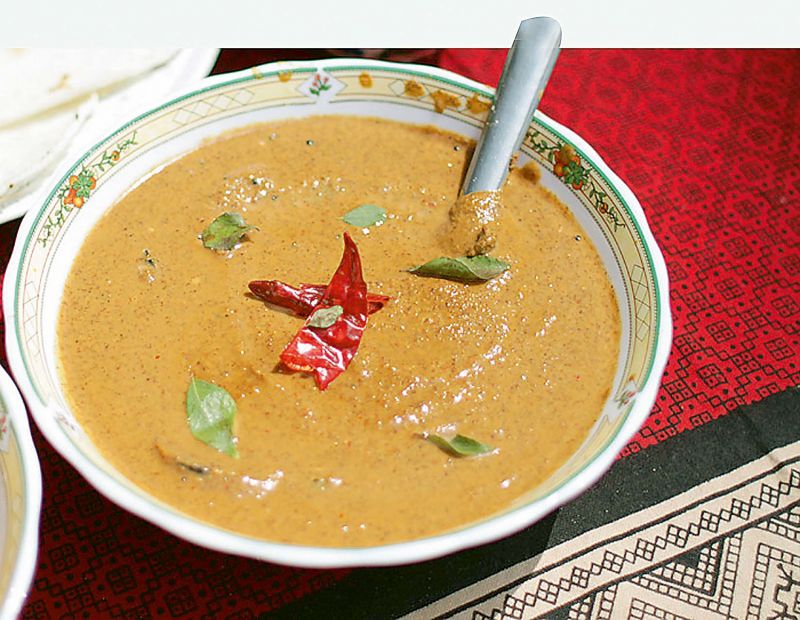 METHOD:
Dry roast horsegram in a pan till it is reddish brown. When it starts popping, it indicates that it’s almost done. Remove from the fire.
Once the horsegram is cold, add it to a food processor. Put in the rest of the ingredients and process well.
Take the coarse paste and transfer it to a bowl.
Add to it tempered mustard, curry leaves and red chillies.

Saurabh is the head chef of Massive Restaurants