The weird world of TikTok

With close to 200 million users, we look at what makes TikTok India click with its audience. 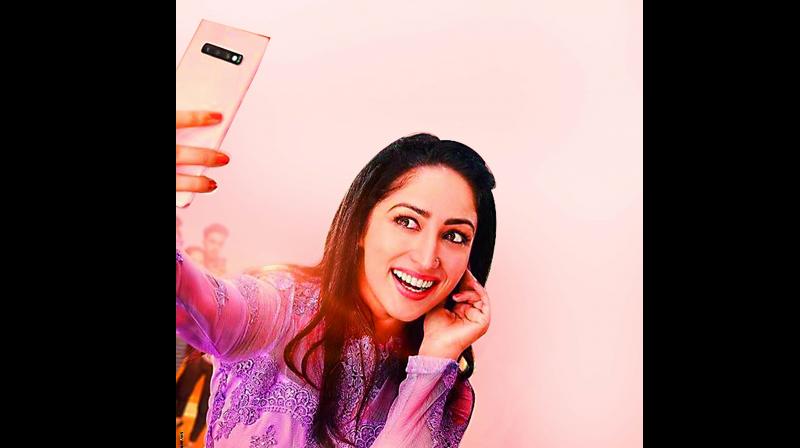 TikTok is today not only popular among youngsters but it is slowly gaining foothold among office-goers and the older generation as well.

A man goes under the blanket and releases a loud fart much to the disgust of his wife who is under the same blanket; a youngster professes love to an octogenarian who joins in the dance; a fat man tries to shake his belly like a pot full of jelly and a woman is conducting a class where she is teaching other women to make really scary sounds and faces — all of these 10 to 15 second videos are accompanied by strange sounds in the background and end with a laughter track. If you are still not sure what we are talking about, this is a small glimpse into the weird and funny world of TikTok, a Chinese app that allows users to upload short videos with audio and visual effects. From the craziest sounds one has ever heard to wacky moves and funny skits, TikTok has it all. Perhaps one of the reasons, it is growing at a phenomenal rate with 200 million users, of which 120 million are active on a monthly basis. “TikTok was the fastest growing app adding 188 million users in Q1 in 2019. It had a year-over-year increase of70 per cent from Q1 2018, when 110 million users installed the app for the first time,” says Kazim Rizvi, founder, The Dialogue, a research and public policy think tank.

When the world goes wacky
Four women, mostly in their mid-40s, dressed up in strange costumes and garish make-up enter a room, making wild sounds and jumping around. Ever wondered what makes one go crazy on an app? Krutika Mhatre (20), who has 110k followers on TikTok reveals she has also posted some crazy dance moves on the app although she has two left feet. “This is a great platform for creating entertaining content. I love creating fun content for my followers and want to soon become a famous TikTok star,” says the fashion blogger-cum-content creator who posts eight to 10 videos a day. Ask her what’s the craziest video she has seen? “It was a girl standing in the middle and there were clothes flying all around her and they began to surround her. It was bizarre.”

Like Krutika, many people who create content on TikTok are looking for instant fame, which ultimately even translates to money. Manav Chhabra (22), who is considered a TikTok star, is today completely dedicated to uploading content on the app and even moved from Chandigarh to Mumbai last month for this very reason. “Earlier, I used to upload content on my own. I was not serious about it then. Later, I collaborated with Nofiltr Group and now I’m getting brand collaborations and making more content. I like making funny content with others and hope to make this bigger,” says Chhabra, a law graduate who has 4.7 million followers on TikTok.

Lucky Dancer, a 17-year-old, who rose to fame thanks to TikTok, is today travelling around the country for different events. “I have always loved dancing and I attempted to be part of many dance reality shows but it didn’t work out. But once I discovered TikTok I realised I could use it to pursue my dreams. My first video in which I moved to an Arabic song got 24,000 likes. I was shocked. I realised this would be a great platform to showcase my talent,” says the youngster who recently moved from Delhi to Mumbai to pursue his dreams. People soon started following his content and today he has 13.2 million followers on the app. Ask him about his future aspirations and he replies, “I want to get into Bollywood.” While he believes TikTok is a great place to showcase your talent, he admits there are people who use it to bring out their wild side. “Everyone wants to be famous. Some people do it in a good way by showcasing what they are good at while some others do bizarre things to get fame.” Chhabra adds that people have always liked seeing weird content and that’s why such videos get popular.

Talking about why IndianTikTok has a lot of weird content, Sachin Sharma, Director Sales and Partnerships, TikTok India,explains, “India is a country that is very rich culturally as well as has abundant talent. TikTok inherently is a place where everyone belongs — regardless of nationality, ethnicity, gender or socioeconomic levels. The platform encourages, embraces and promotes diversity and TikTok has given all its users the freedom of creative expression.”

Troubled waters
While going crazy on an app may get you fame and popularity, it can also get you into trouble. In July this year some popular stars of TikTok got banned from the app for posting insensitive content. Faisal Shaikh and his friends had a group called Team 07, which had one of the highest followers on the app. They got into trouble for posting a video about Tabrez Ansari, the 22-year-old who was lynched by a mob in Jharkhand, as many people labelled it as hate speech and Faisal and his team were banned from the app.

But this was not the first time TikTok came under the radar for promoting inappropriate content. In April 2019, the Madras High Court issued an interim ban on TikTok for hosting pornographic content. The court stated that it was worried that the content affected children. A fortnight after the ban and after assurance from ByteDance, the company that owns TikTok, that they have a technology in place to prevent objectionable content, TikTok was again available on app stores. Sharma elaborates onTikTok’s security guidelines saying, “We have a robust set of Community Guidelines that we expect all users and creators to adhere to. Our machine learning technology embedded in the platform is equipped to detect content which does not abide by our community guidelines. Apart from this, we have a growing and robust local moderation team that moderates content across 15 languages. We have zero tolerance towards inappropriate content and accounts. Also, our in-app reporting feature allows us to address any objectionable content or users reported in real-time.TikTok is very strict about ensuring that content posted is in sync with the guidelines as they clearly outline what is and what isn’t allowed to be posted on TikTok,” he states.

Soaring popularity
Despite controversy, there is no denying the fact that TikTok is becoming increasingly popular with Indians. According to Sharma, the reason for TikTok’s popularity is that it gives users the opportunity to showcase their talent in front of a wide audience — right from cooking to language lessons to motivational content. In addition, it helps youngsters stay in tune with the ‘in thing’.

“Both TikTok and Instagram help me know what is trending,” says Neerja Parekh, a 20-year-old communications design student, who likes spending time browsing the app. “It’s never monotonous and you can spend hours watching fun things.”
Rizvi believes such platforms give people across the country, even in rural India the chance to express themselves. “The nature of social media usage is evolving rapidly. Audio visual is slowly replacing text and this is demonstrated by the rise of TikTok and Instagram and how these new-age apps are becoming more popular in emerging markets. Looking at India specifically, TikTok has indeed made a strong presence in the last two years. I think this has to do with their user interface, the ability to understand their consumer better and catering to tier 2 and tier 3 markets by giving them a platform, in their language to express themselves. It is appealing to the masses,” he says.

TikTok is today not only popular among youngsters but it is slowly gaining foothold among office-goers and the older generation as well. Brijmohan Kohli (60), likes spending some time on the app every day. “I have also created and posted two videos,” says the senior citizen, who owns a production house in Mumbai. “Watching fun videos is a nice way to relax. And in today’s stressful times, spending a few moments watching something that makes you smile is I think great,” he says.
An important reason for the app’s increasing user base is the fact that TikTok has diversified its content. Now apart from fun content, there is educational content, motivational content, contentrelatedto travel, cooking and more. Chhabra says that many older people are now on the platform for its various kinds of content. “My parents and many of their friends enjoy watching educational content, fun videos and motivational content on the platform,” he says.

Sharma believes that in terms of content, one of TikTok’s most popular campaigns has been #EduTok. “The campaign showcases the spirit of TikTok creators who use the platform by sharing their knowledge with the larger community. Since its launch over three months ago, we have observed a growth in the educational and development content on the platform. #EduTok has garnered over 42 billion views to date, which is a testament to the shift in content consumption — from entertaining videos to the ones that focus on personal development and education. We expect this trend to continue and TikTok is continuing its pursuit to provide rich and meaningful content to our users,” he says adding, “TikTok’s global travel campaign, #TikTokTravel (4 billion views) also has secured traction in India.”

Psychological impact
Like most things, psychologists believe, spending too much time on such apps has its downside. Dr Prakriti Poddar, mental health expert and managing trustee, Poddar Foundation explains that an increasing number of people are posting content on the app as people are today looking for instant gratification.

“People want instant fame, instant money. Everything has to happen in real time. No one has the patience for conversations anymore. No one reads anymore. By uploading fun or weird content, you get instant recognition. That’s why people are ready to promote themselves in even an awkward manner,” she explains.

In addition, such platforms help you to get a quick laugh.

“People get on to the app for quick comic relief. The stress of life is high, so most people would welcome a quick laugh,” she adds.

But the problem she believes is that none of this helps promote mindful living. “With social media apps the stress of life increases further. People portray a version of themselves on social media for fame and gratification but it’s not their real self. So many people lead double lives today,” she points out. “People also keep comparing with others and are dissatisfied with their own lives. They end up feeling they are not good enough.”

Another problem with being active on social media is that people want to be constantly seen. As Chhabra points out, if you don’t post videos consistently, you will fade from people’s memories and subsequently lose your followers. “You have to be consistent on the app,” he says. So the stress of being out there and being seen is constant.